The inaugural Australian Macro Photography Conference was born from the idea that two fantastic Macro Photographers who are part of the Aussie Macro photos collective…Brendan James from CygnusTech Melbourne and Callum Munro from Darwin both coming to Cairns at the same time.  What started as an idea of making it an unforgettable trip for them, soon evolved into running a conference with them.

A gathering of like-minded people coming together to learn from each other, exchange information, and plenty of buggin photography adventures was all on the agenda.  Over two days, we experienced a range of walks and workshops and I can safely assume that everyone felt it was a valuable experience.  The social aspect was hugely appreciated, with new friendships formed that could last a lifetime.  We spotted, we shot, we laughed, we learned.

Participants got to relax in the Cairns Botanic Gardens Visitor Centre during the heat of the day (which happened to be raining as well!), while learning a range of new skills and insights during the various workshops.  We even had naturalist royalty David Attenborough grace us with his presence (well his voice anyway) via footage filmed on location on Christmas Island.  Braydon Moloney presented a TimeLapse workshop featuring his footage of the Christmas Island Red Crabs on their annual migration.  This was included in the BBCs natural history series ‘A Perfect Planet’, aired in 2021. 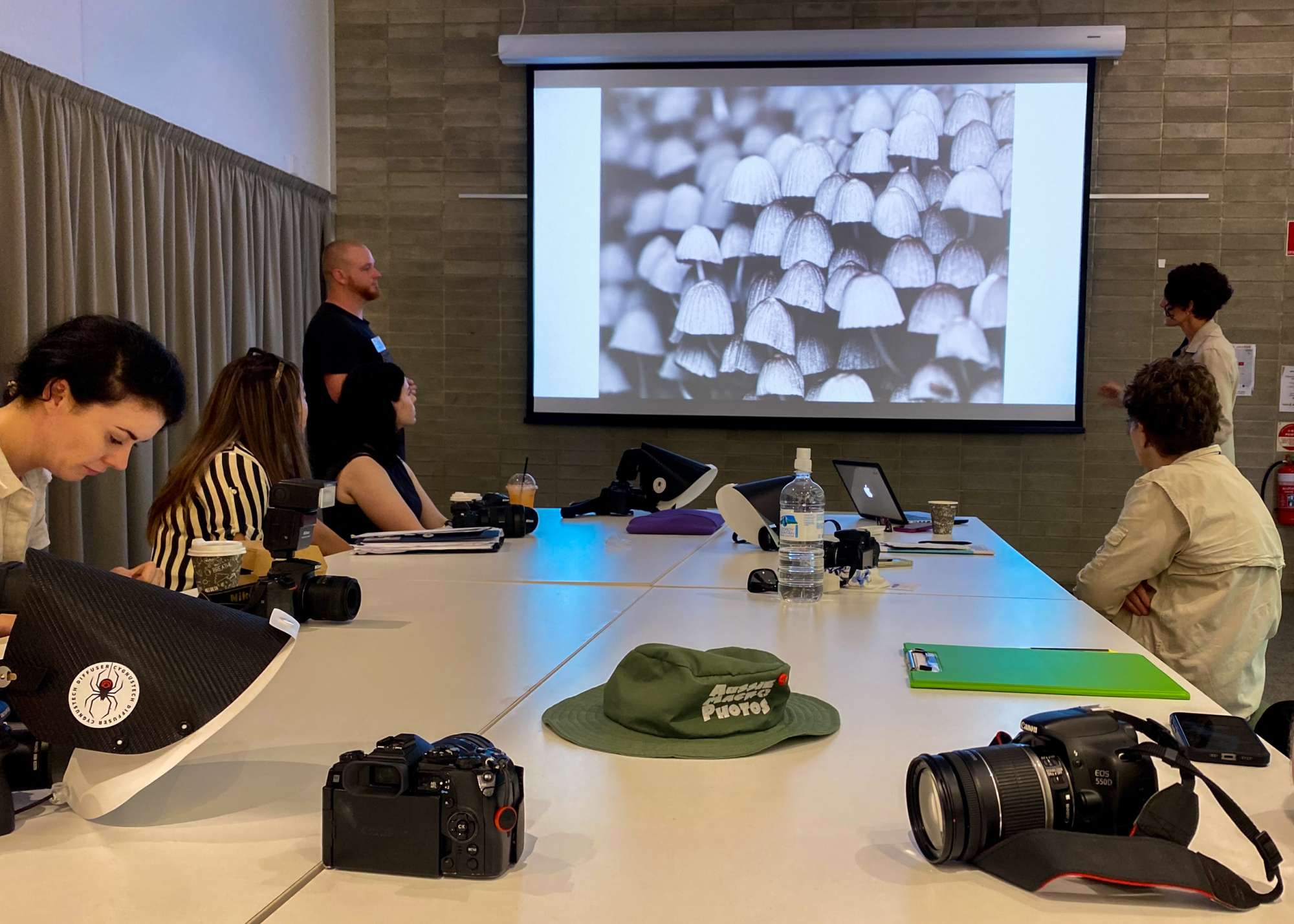 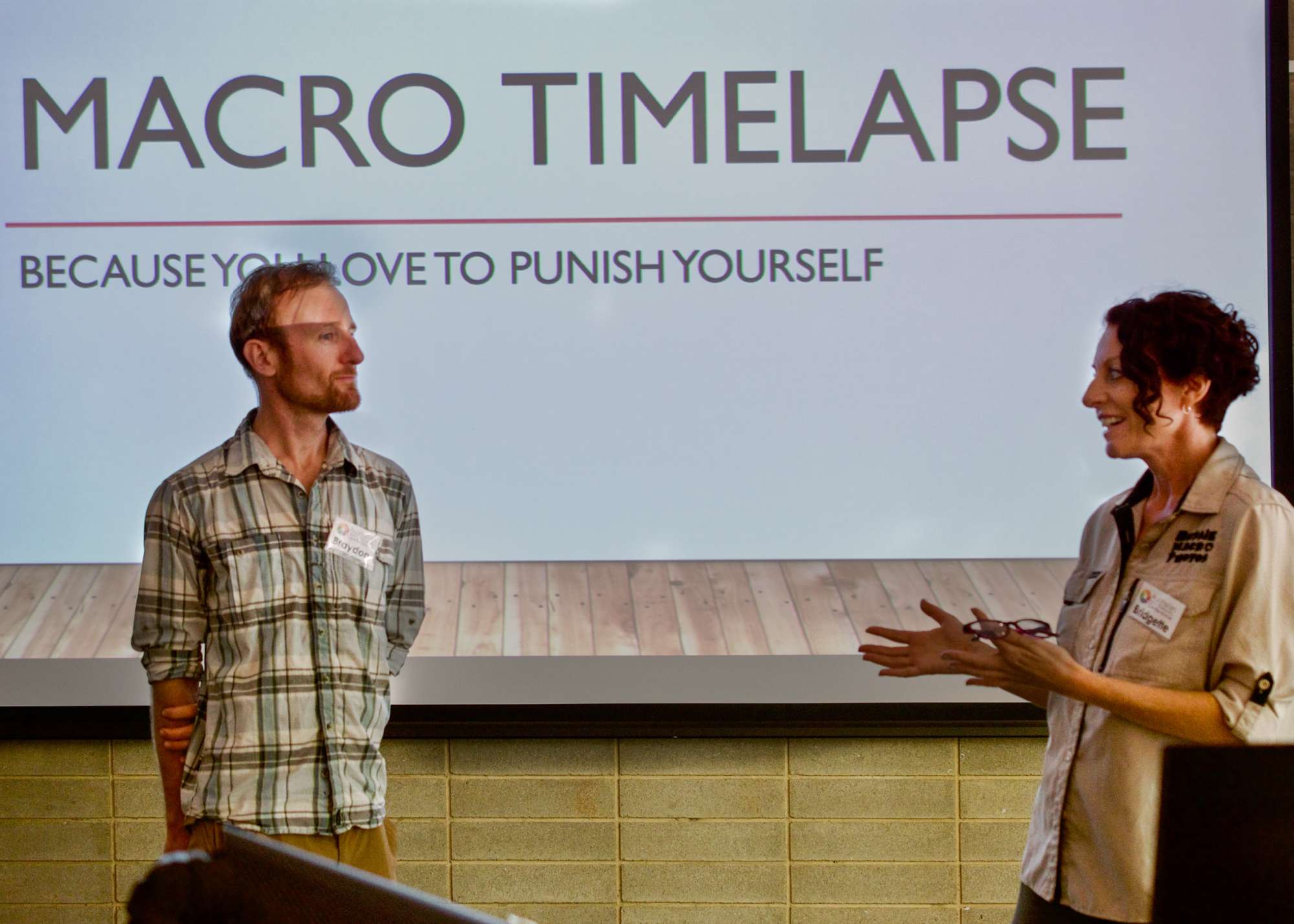 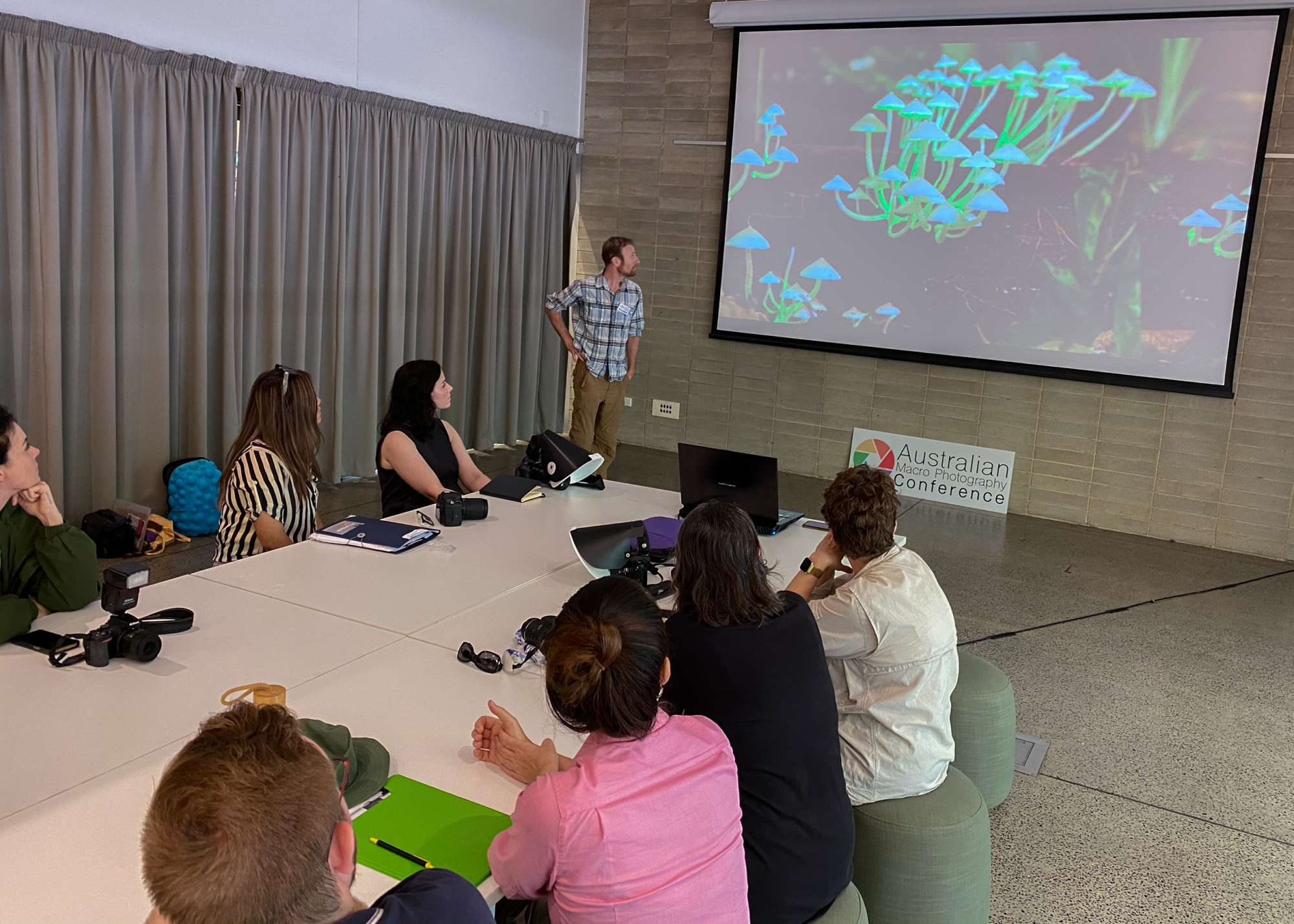 Brendan James and myself presented a workshop about macro composition and the many tips and tricks of macro specific composition techniques and aesthetics.  We used several examples from our own collections to explain different composition styles and techniques.

The second day of workshops, we had some hands-on focus stacking practice with Callum Munro and then we learned about using software to finish the stacking process.

Our last workshop which was Lightroom Editing.  Brendan, Callum and myself showed some examples shots and how we edit our images in Lightroom.  Then each participant was invited to have a shot edited by Brendan bringing their photo to its best potential, and the process of getting it there.  I can safely say that I got a lot out of this workshop as I’m confident everyone else did as well.

The Night Walks were certainly amongst the favourites walks for the participants, with quite an awesome display of spiders around including, tarantulas, huntsmans, garden-orbs, and net-casters.  One of the spider highlights was witnessing a Huntsman eating a skink!

Thanks to Dr. Mat, another Aussie Macro Photos blogger, who sent us some UV torches in his absence.  Using the UV torches we were able to spot quite a few scorpions.  This was quite a surreal experience, and amazing to see how well they glow under the UV light. 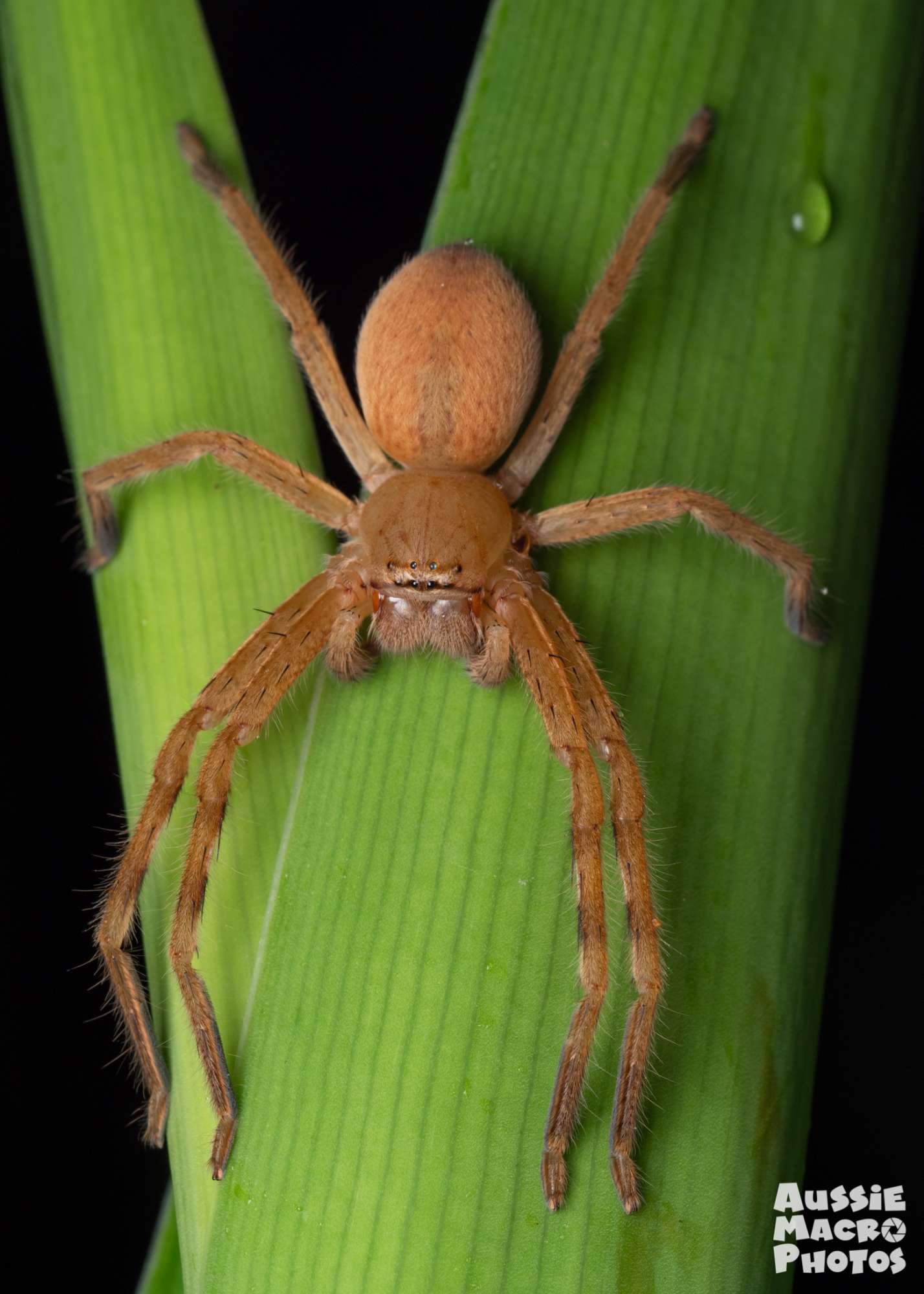 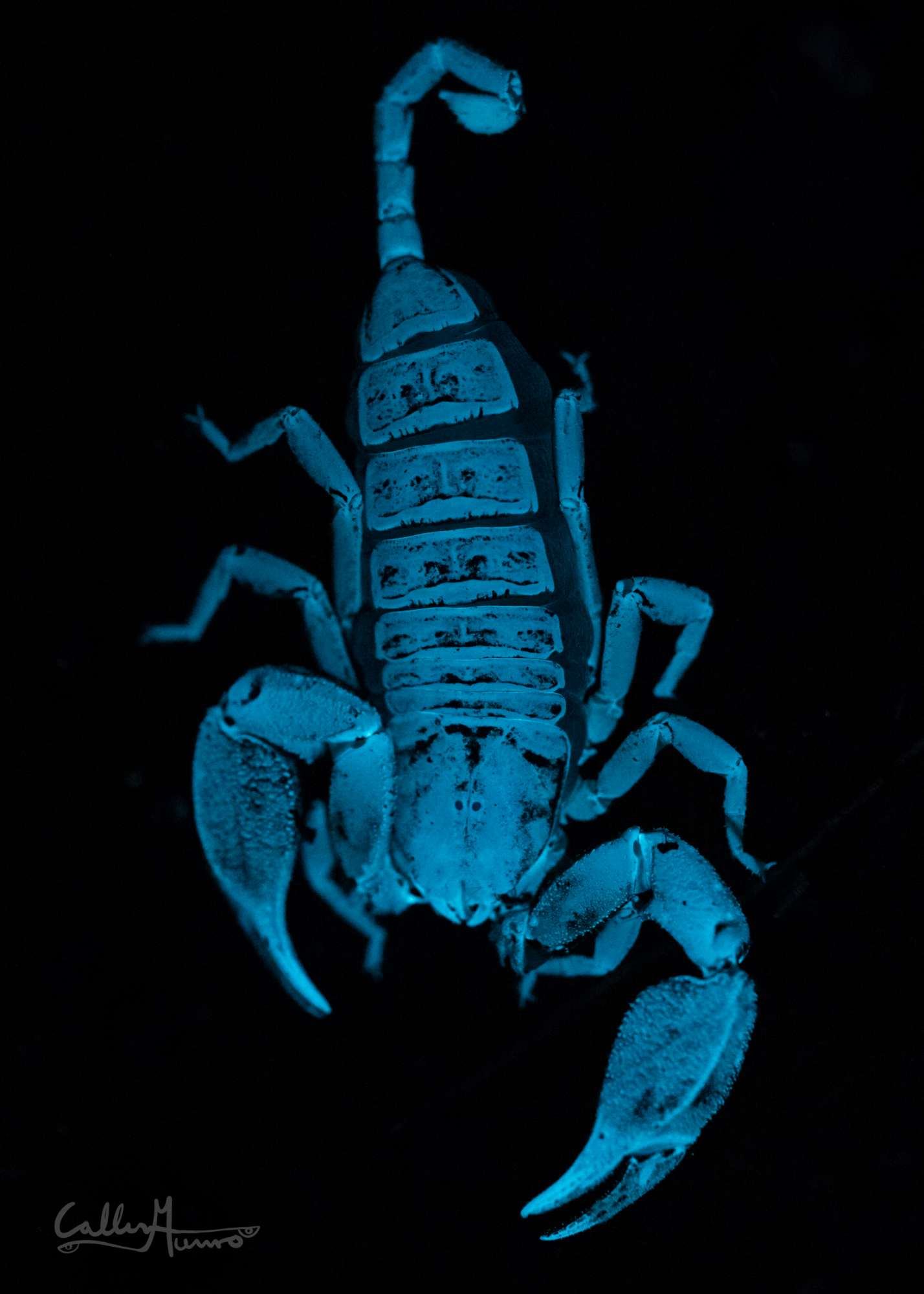 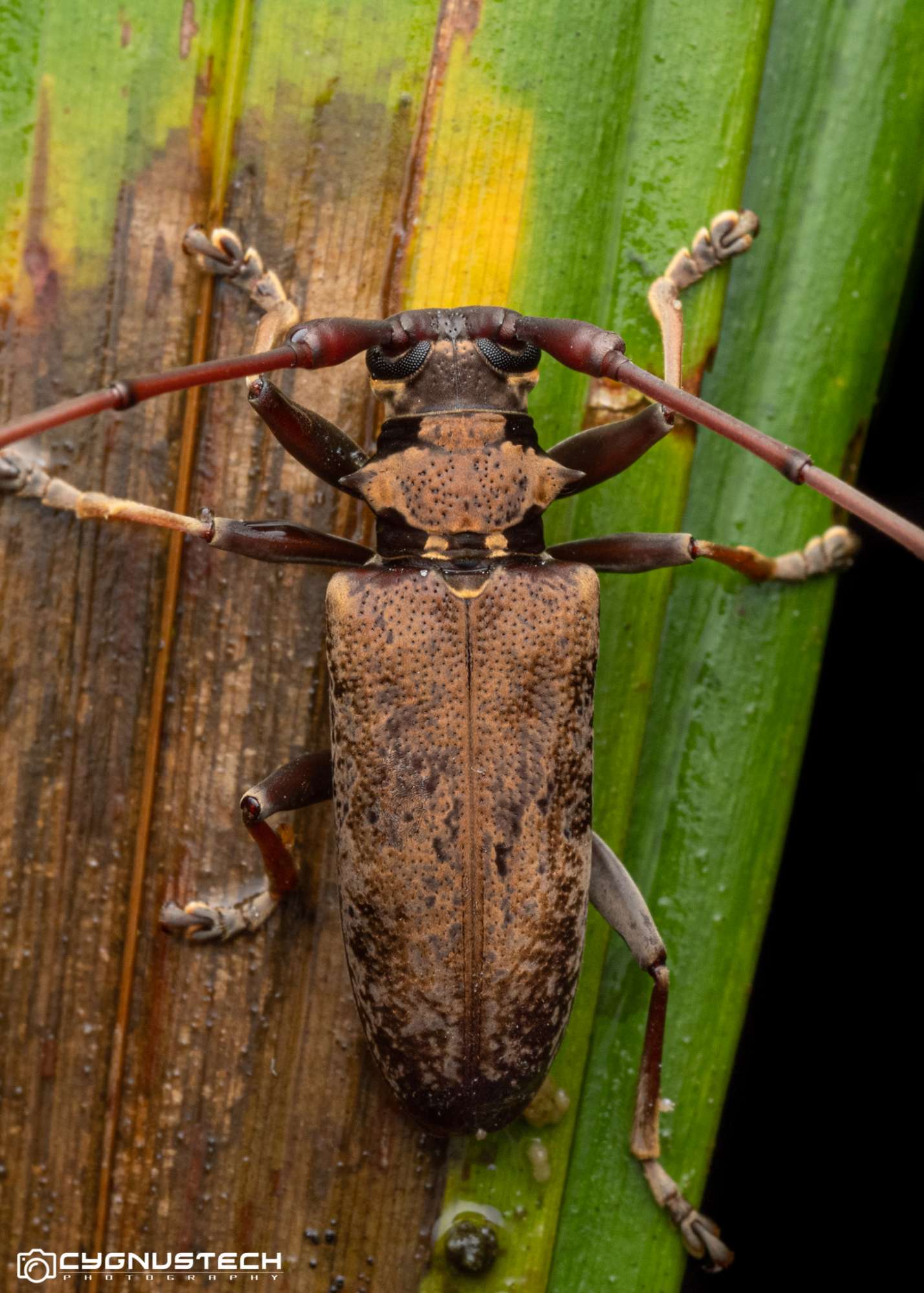 A few of the encounters on the Conference Night Walks.  Badge Huntsman by Bridgette Gower, Scorpion under UV Light by Callum Munro, Fig Longicorn by Brendan James. 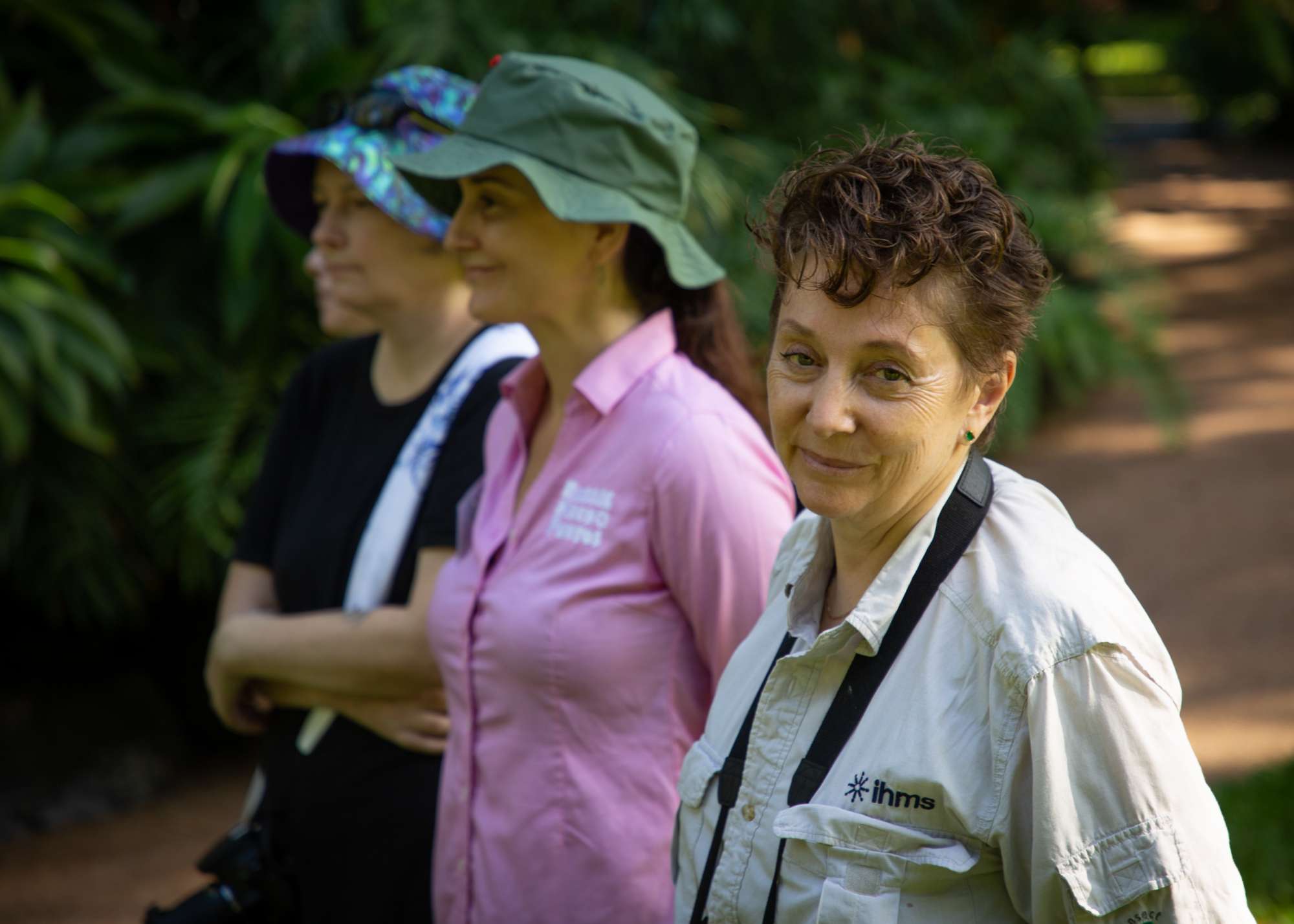 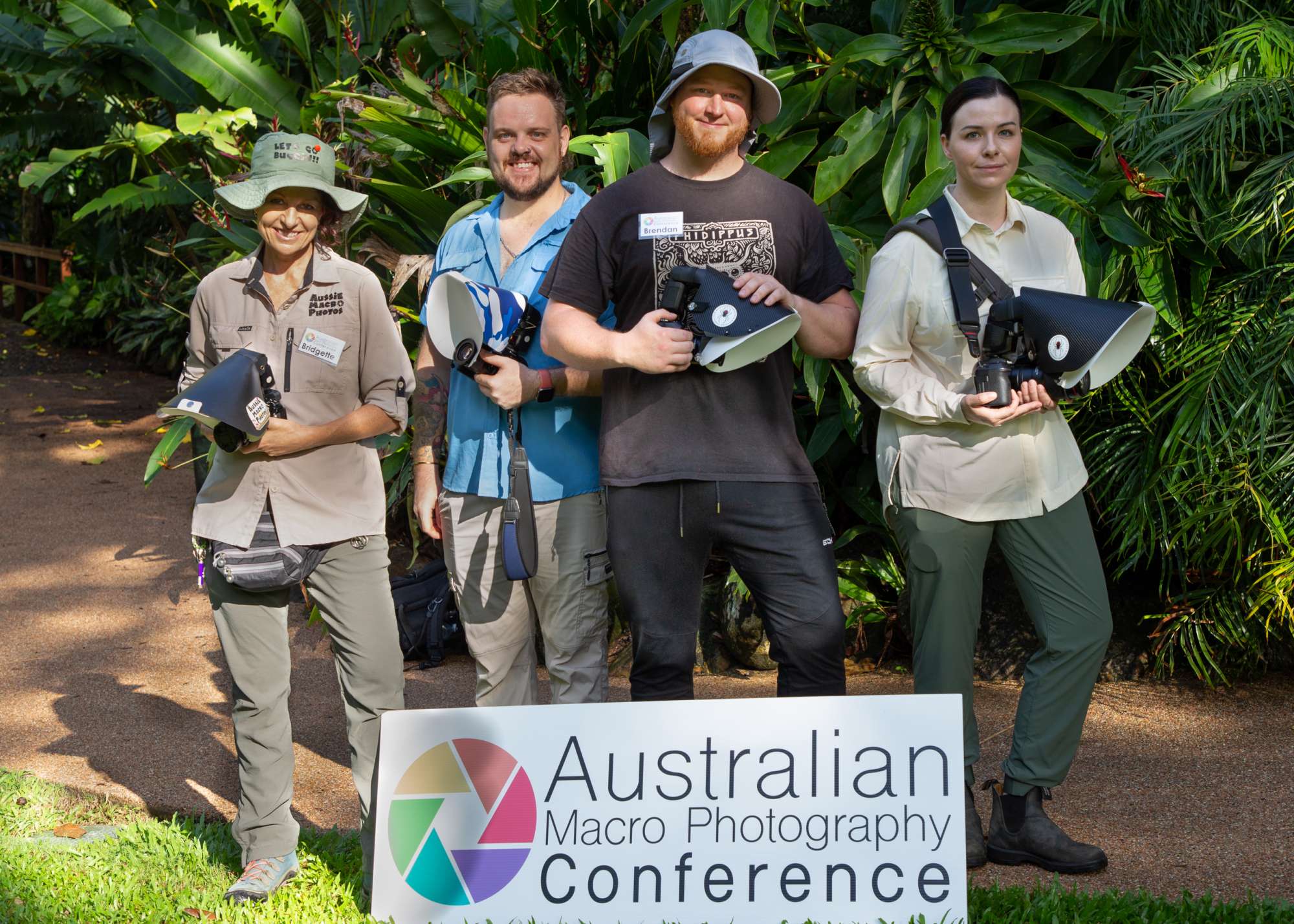 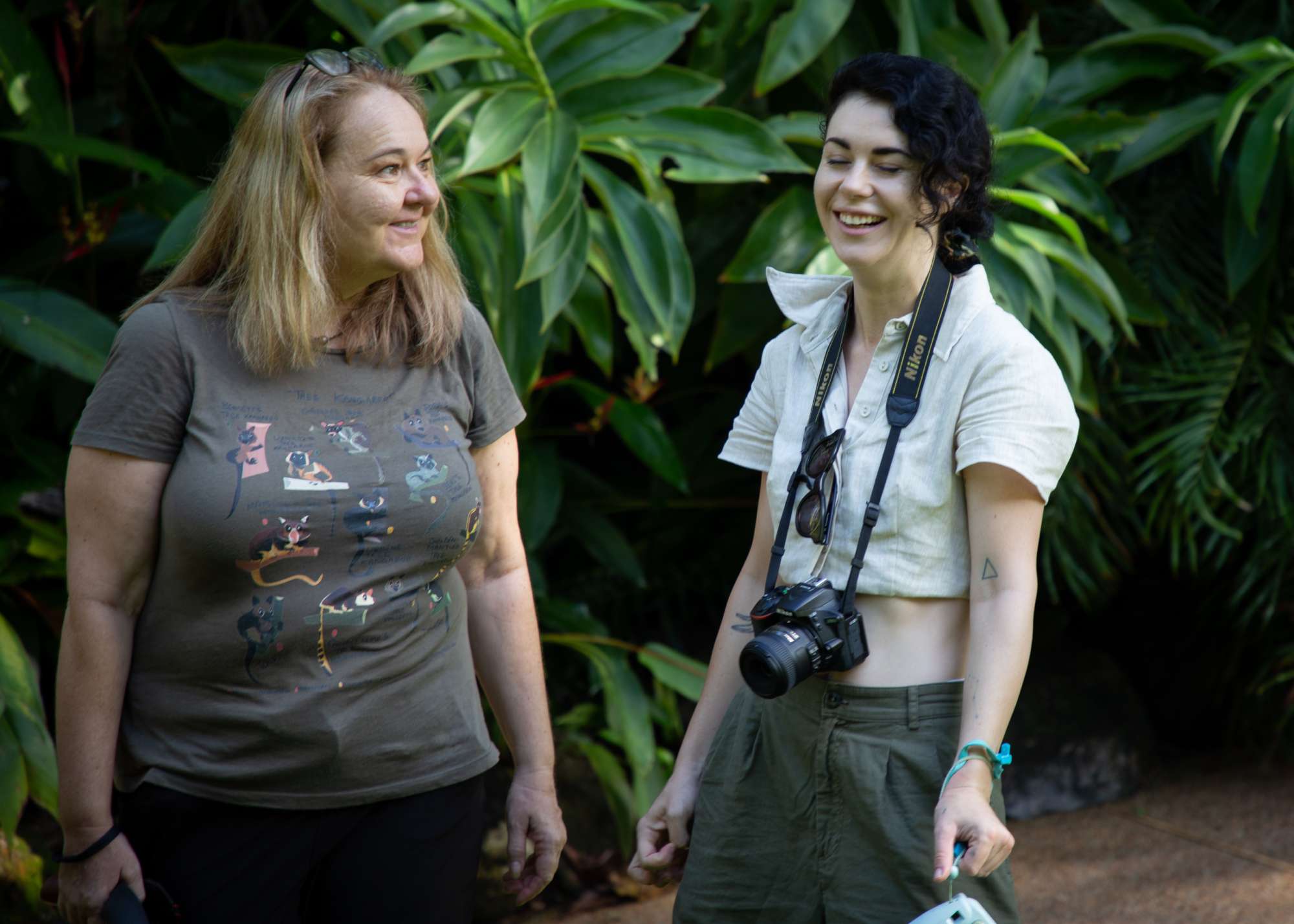 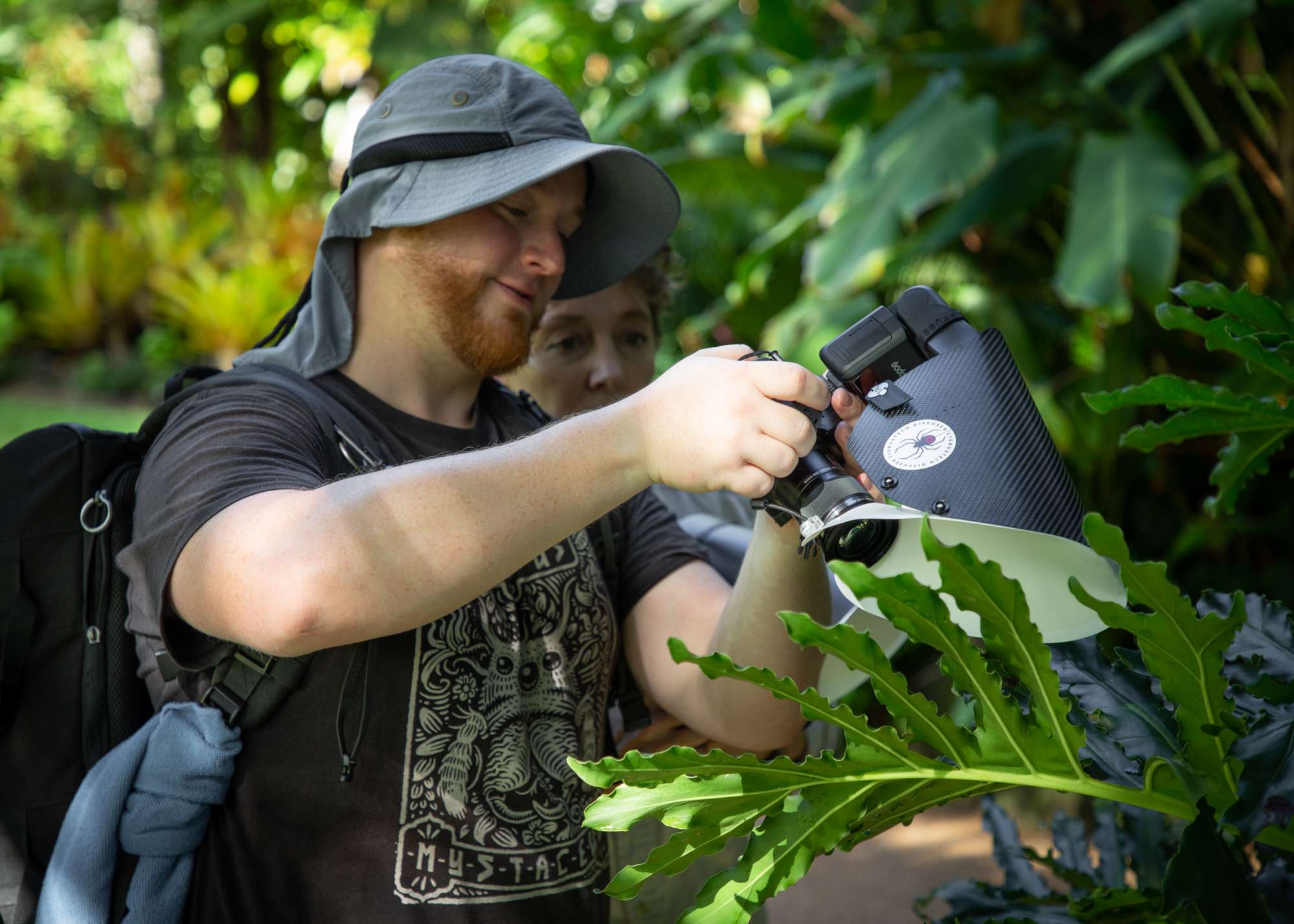 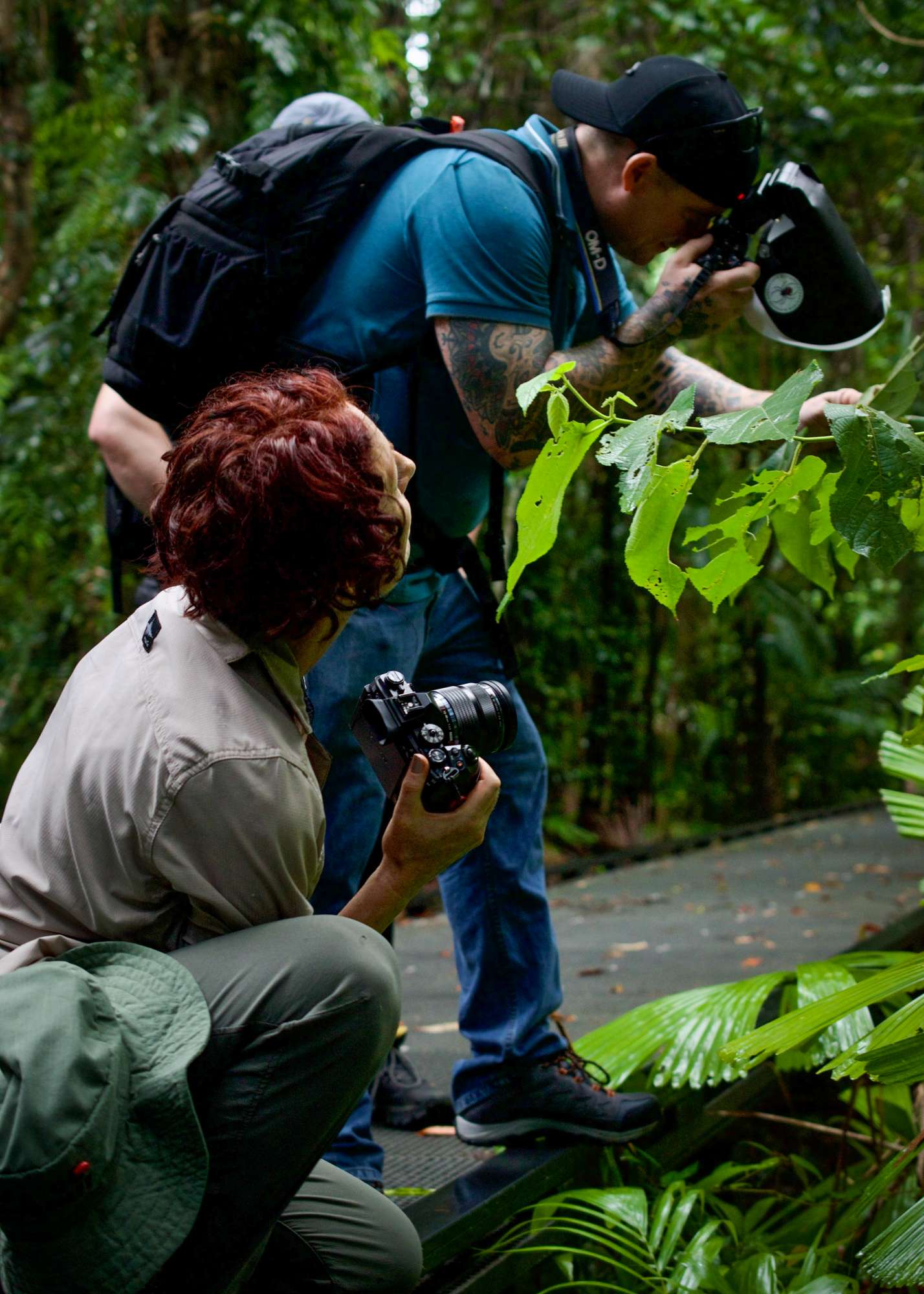 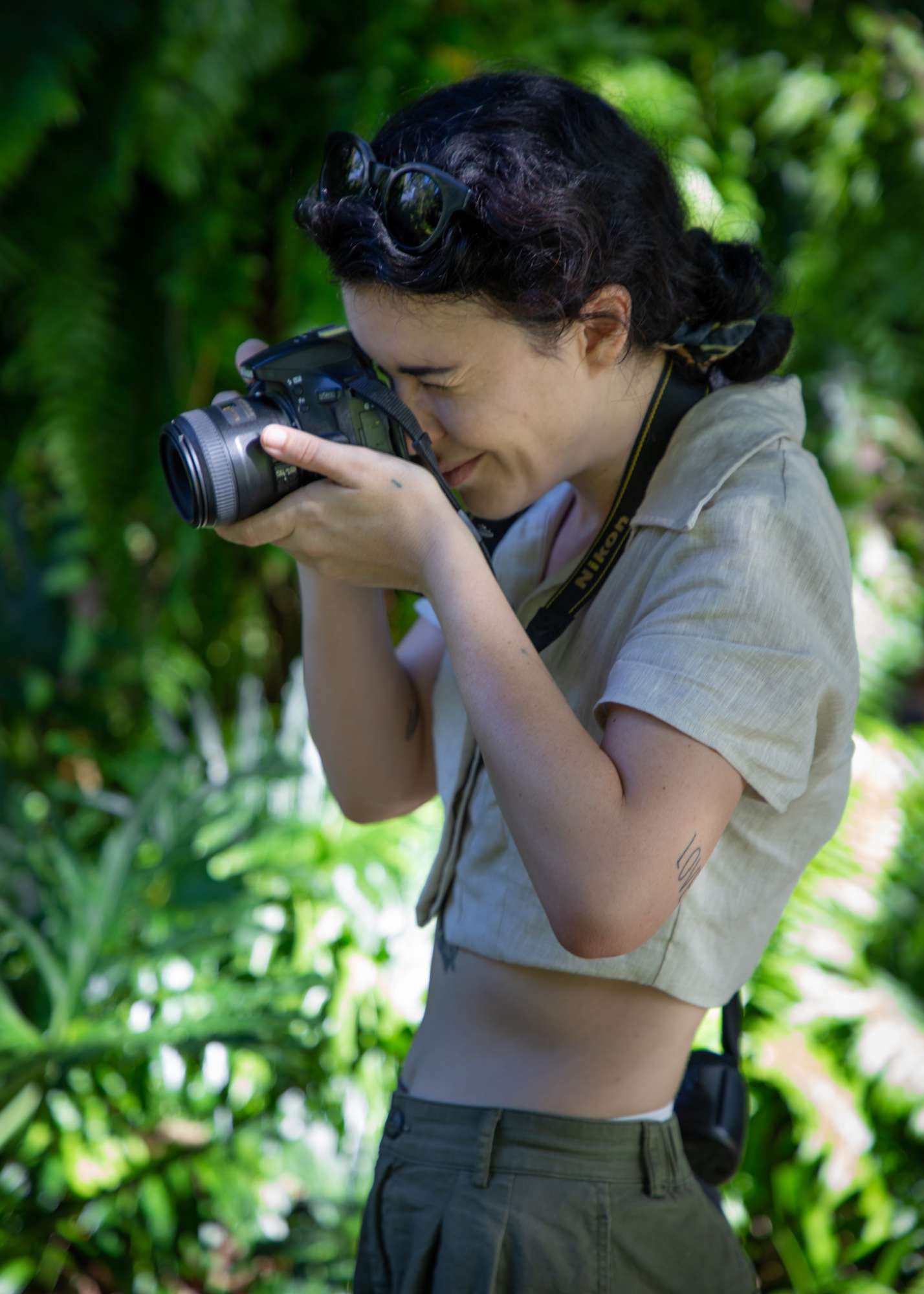 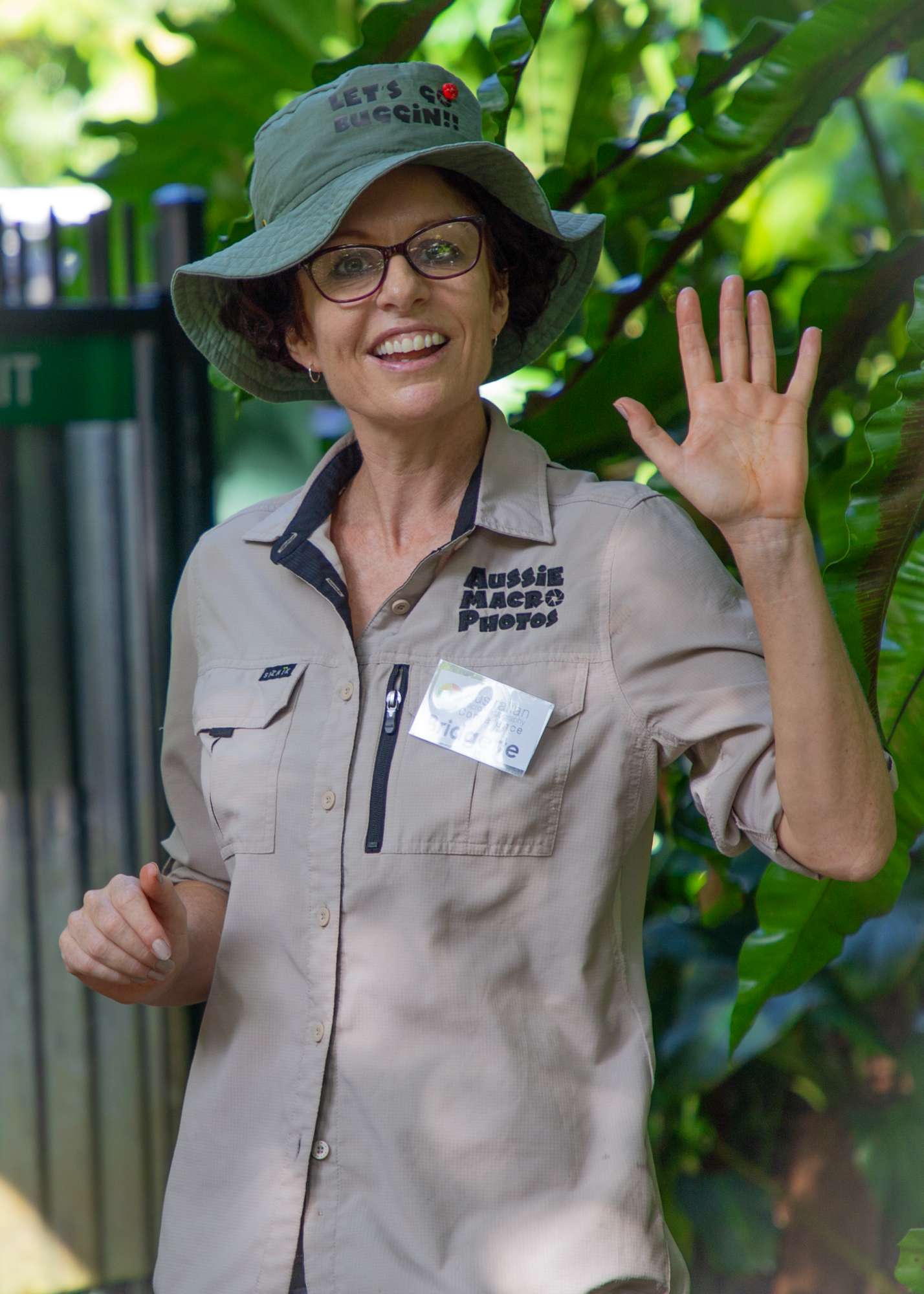 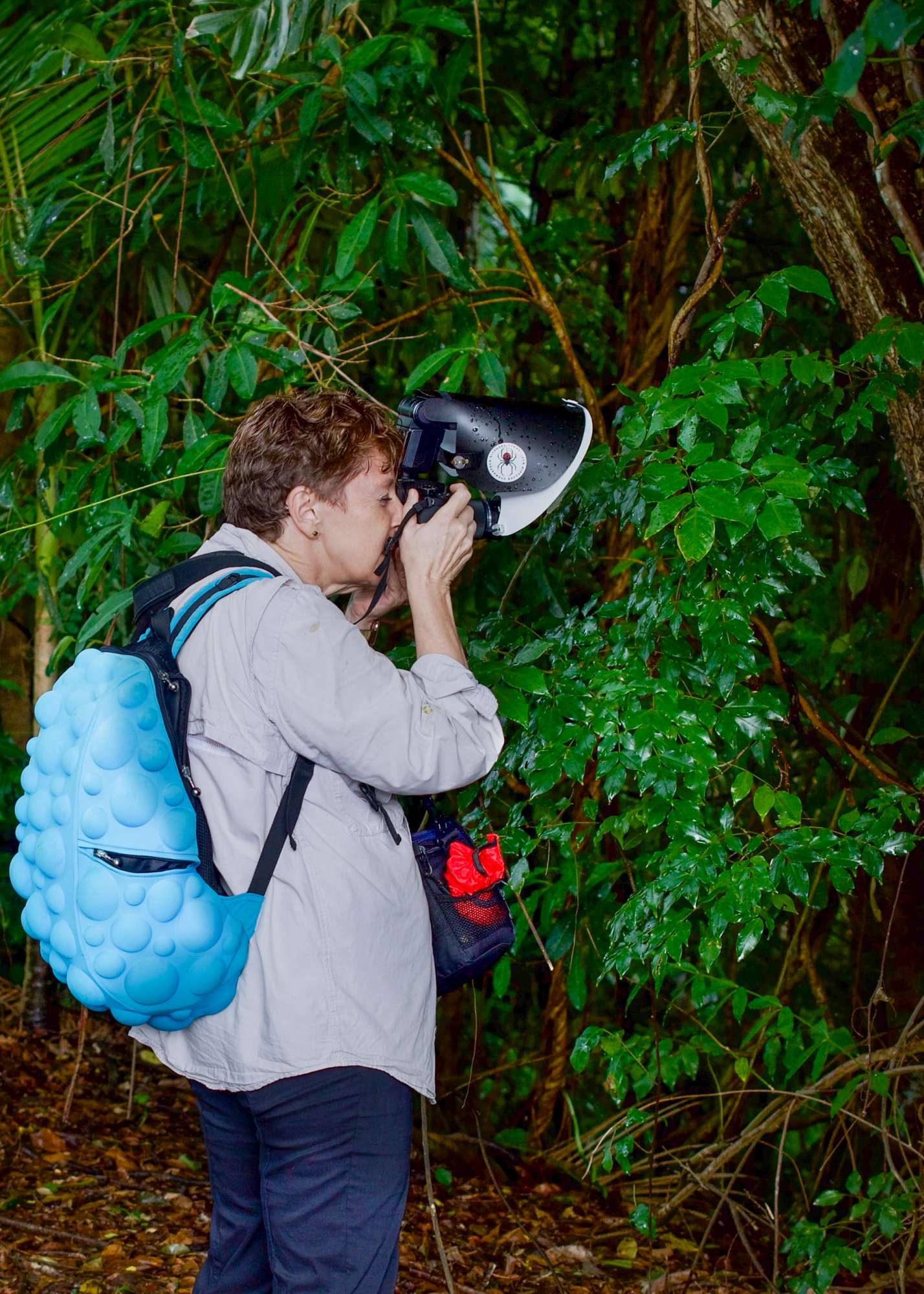 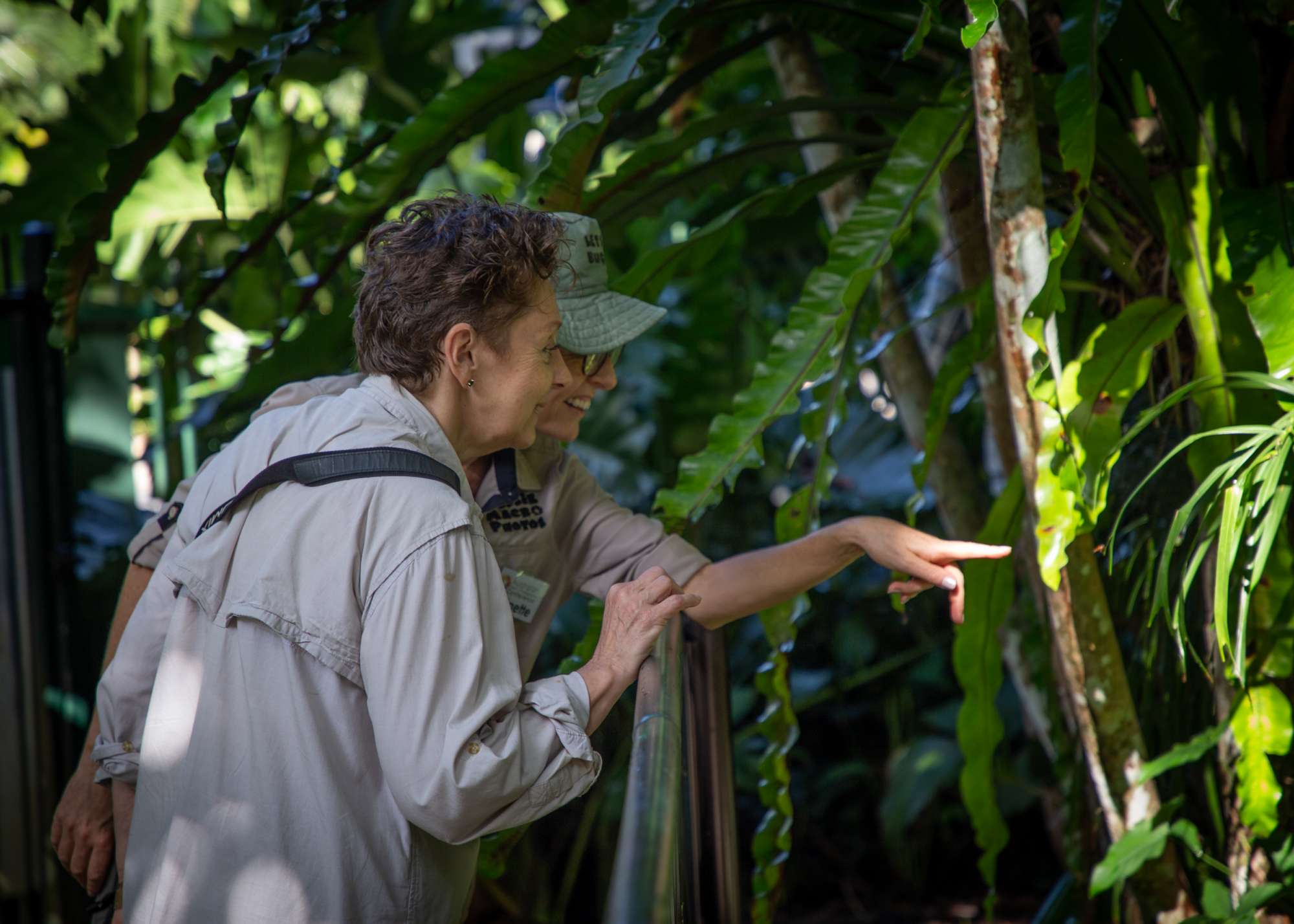 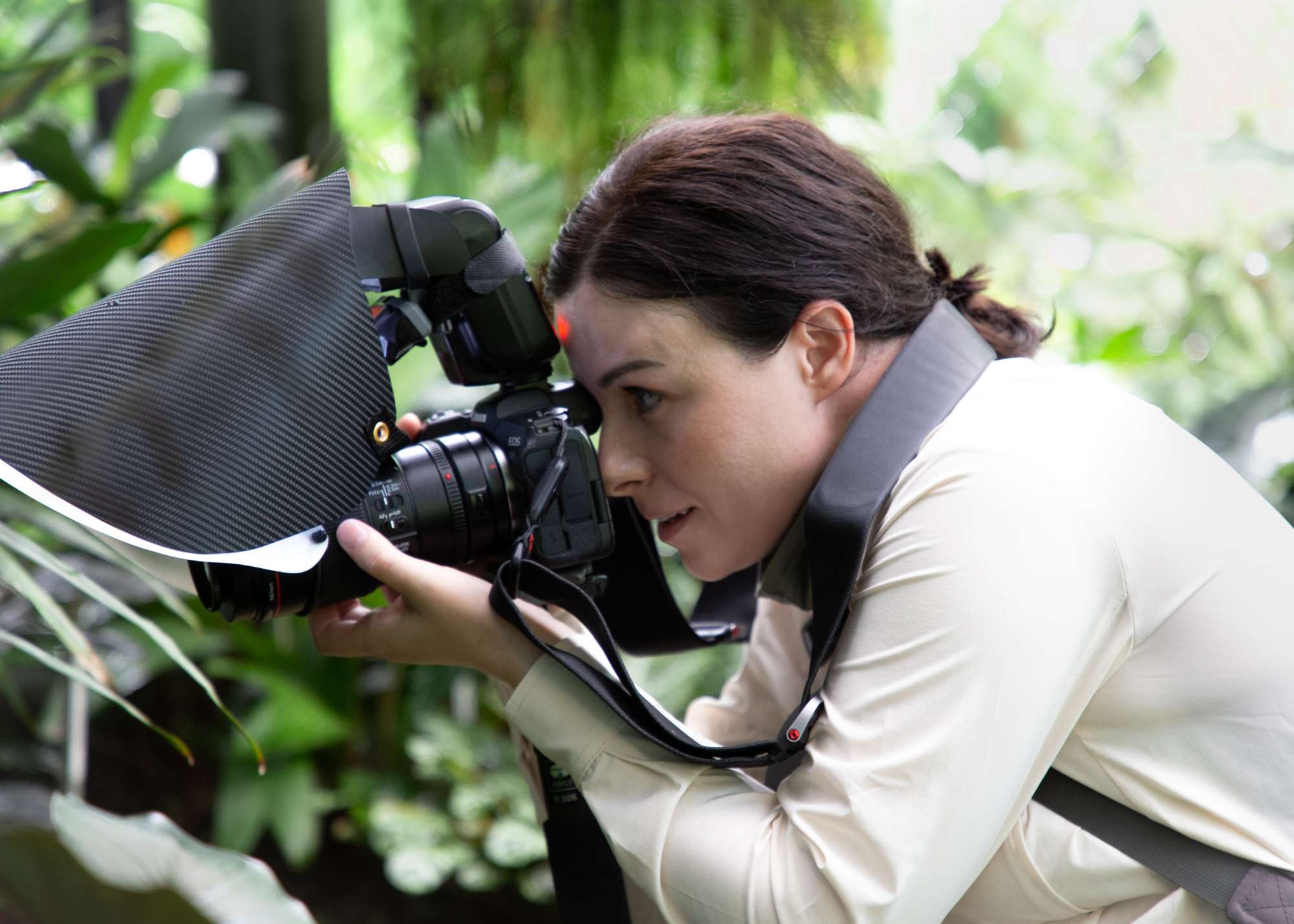 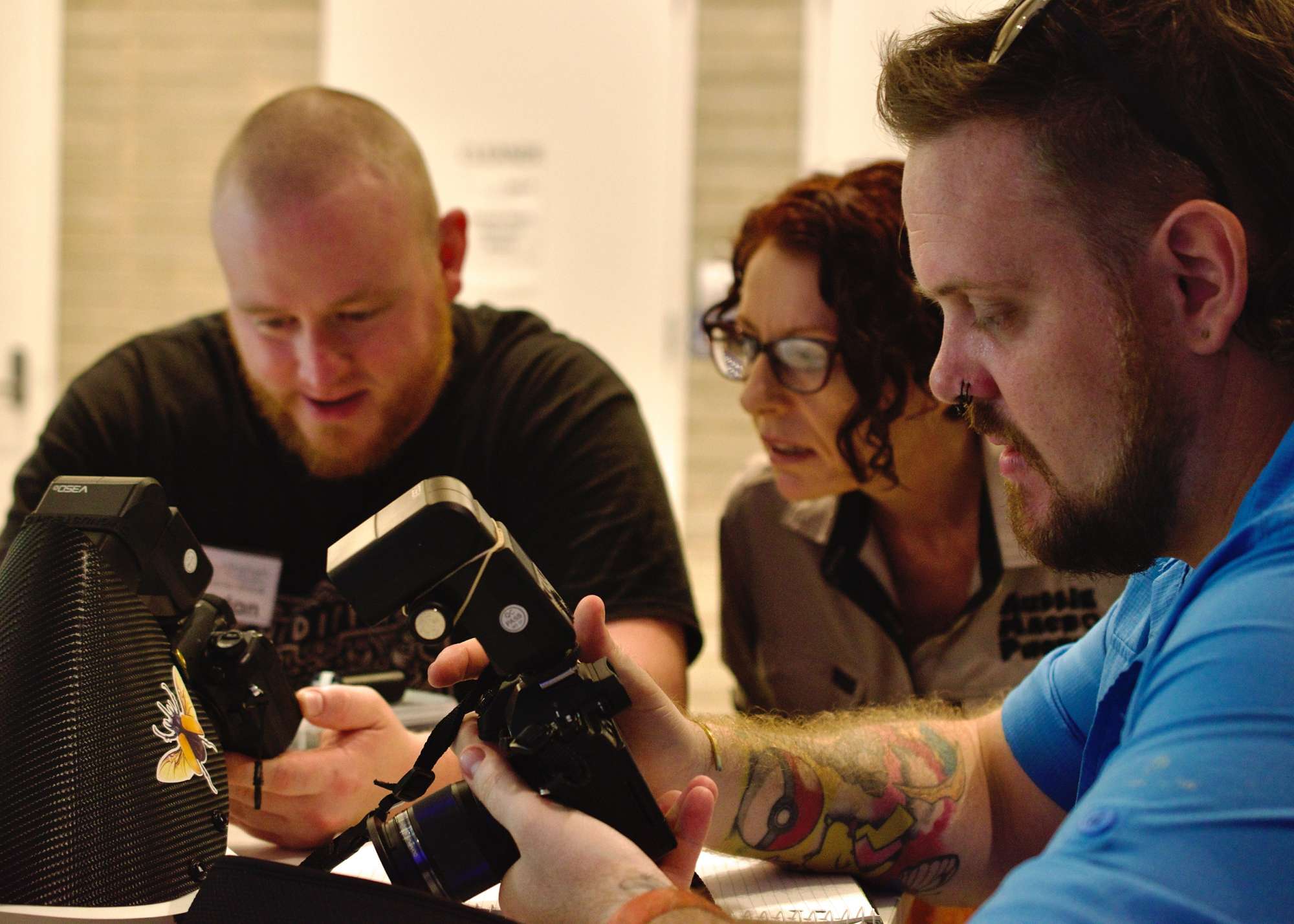 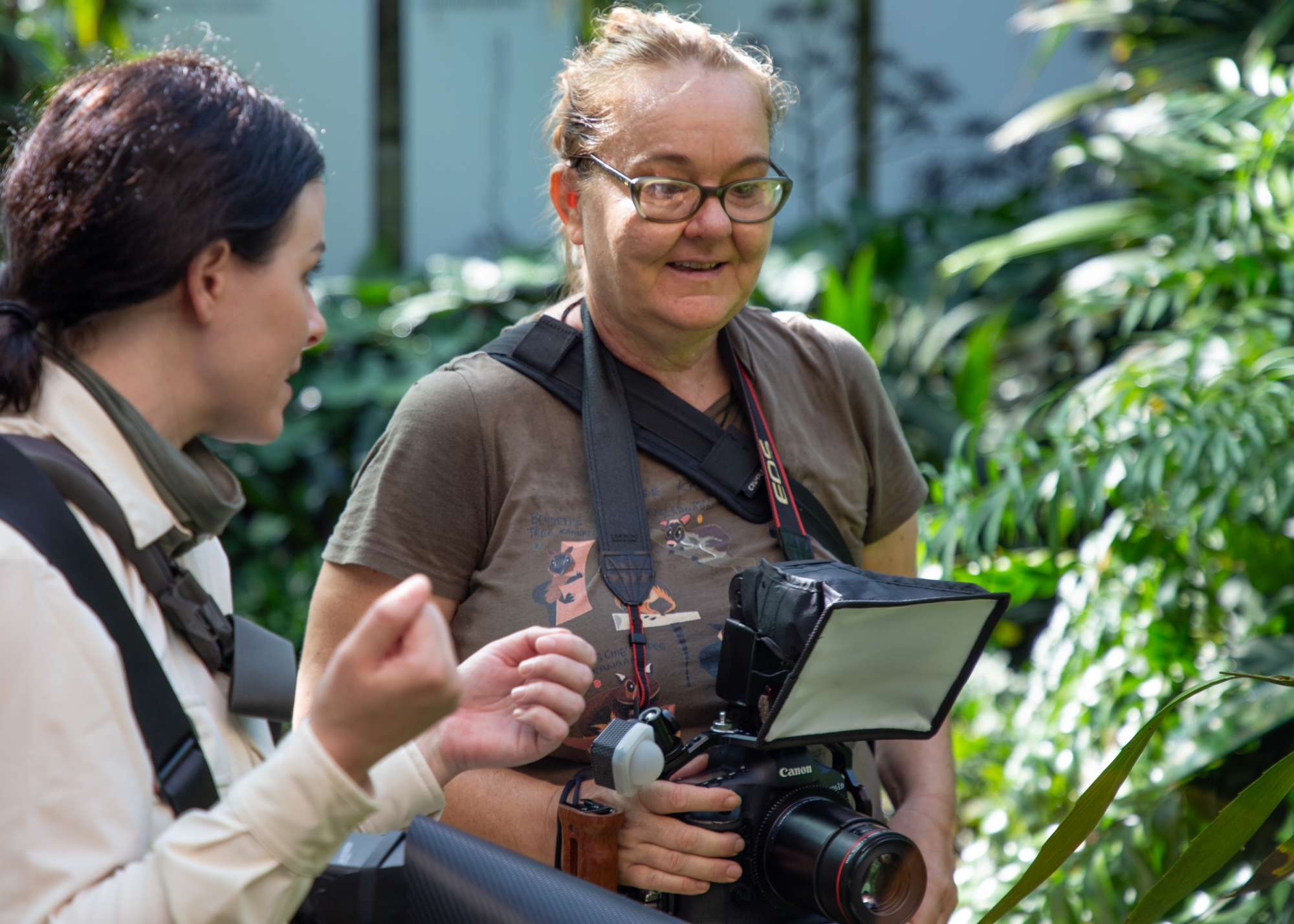 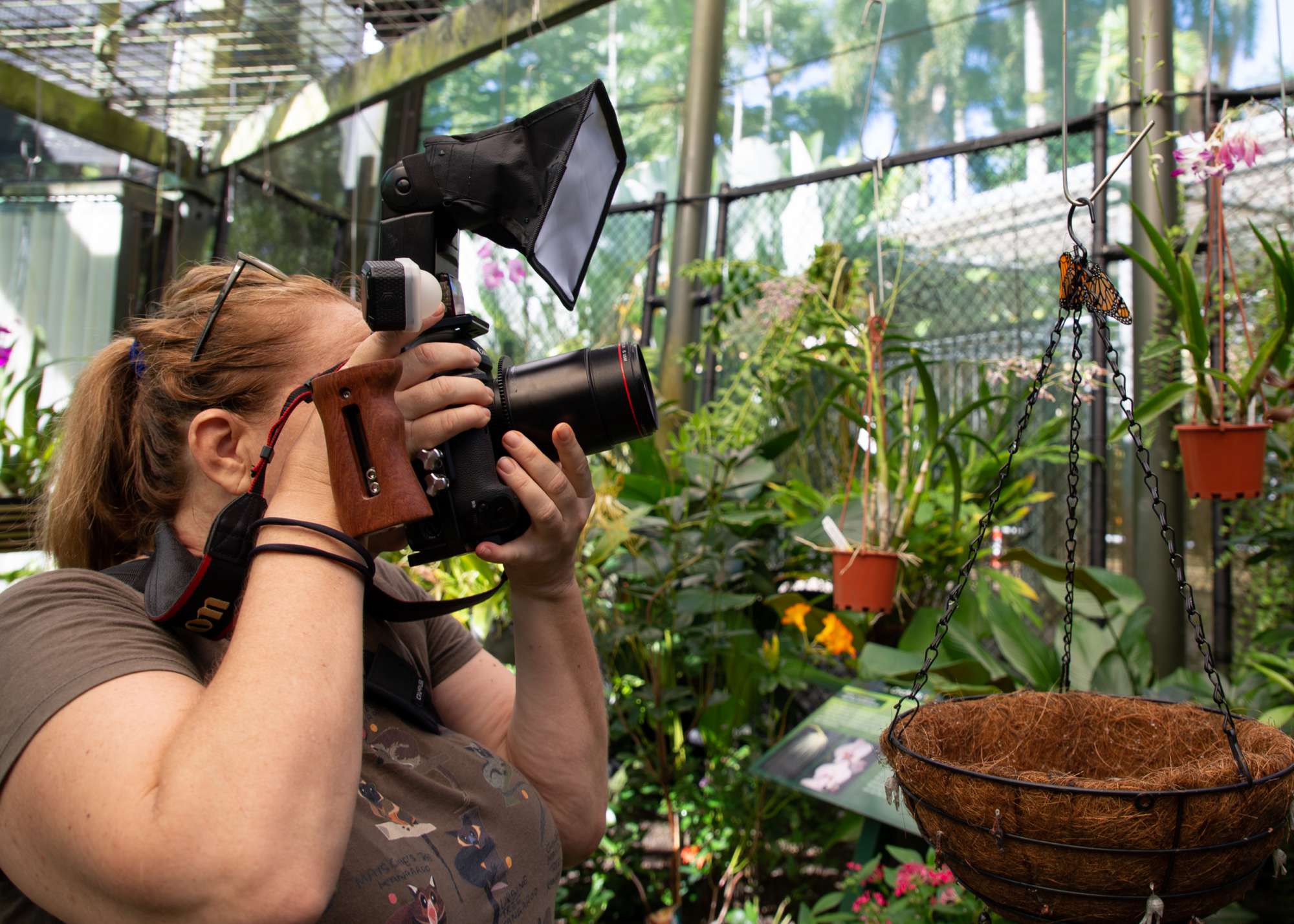 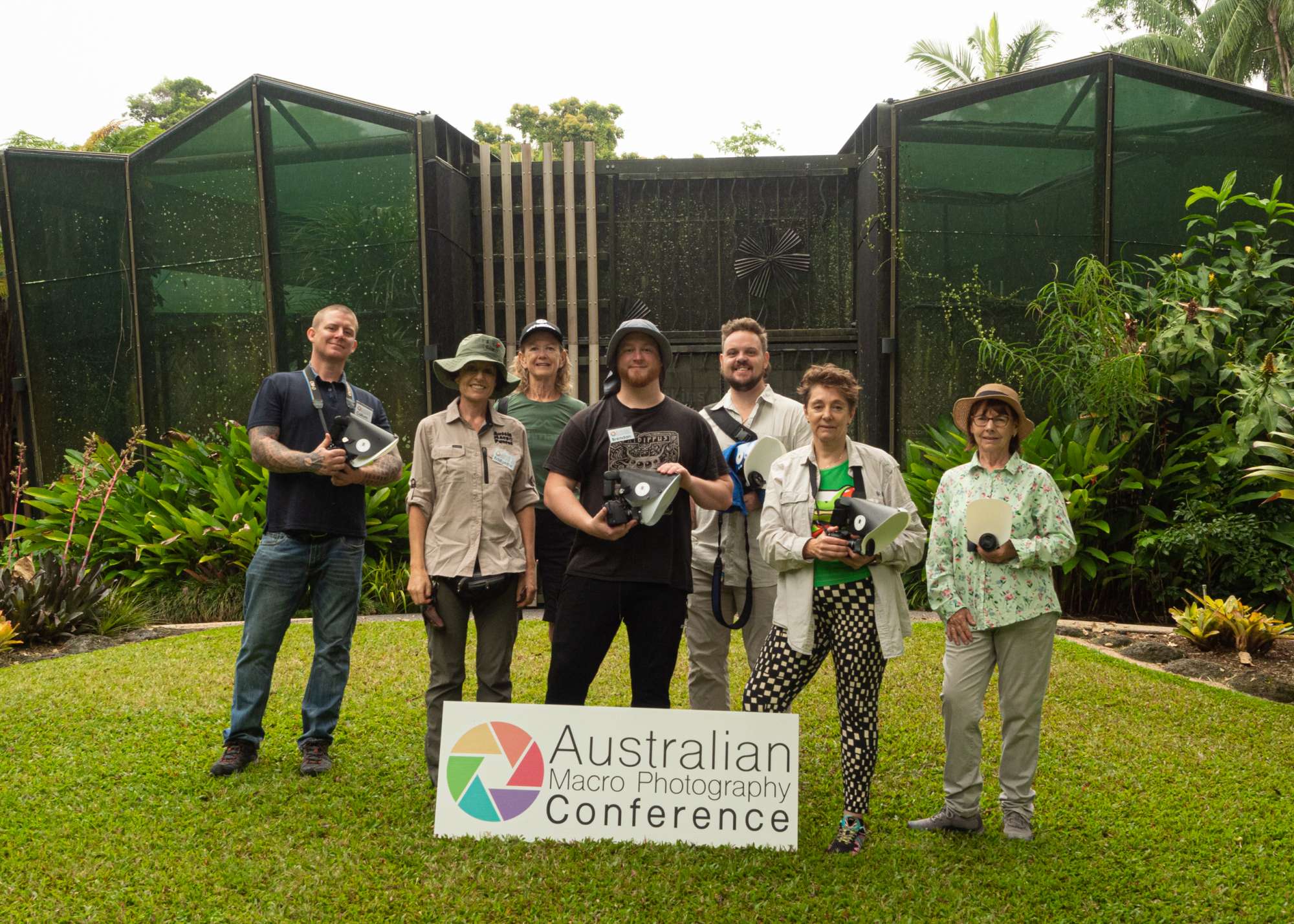 Thanks to Ros Peric, Lisa Christensen at wordworx and Harley Simpson for capturing these moments from the conference.

To register your interest in participating in the next conference, please send an email to info@aussiemacrophotos.com