Welcome to the first instalment of Buggin with Bridgey. I felt it might be nice to share in words and pictures a re-cap of the month from the Let’s Go Buggin Cairns Tours. Of what I’ve noticed to be changes in the seasons and what new creatures I’m finding due to those changes.

I’ll be discussing the commonly seen insects, fungi and other critters of the month that has just been.

In September, I saw the arrival of many planthoppers and leafhoppers. In particular the dark planthoppers (Family Ricaniidae). This was a sudden arrival to Bug Alley and a lovely surprise as they are quite easy to photograph. 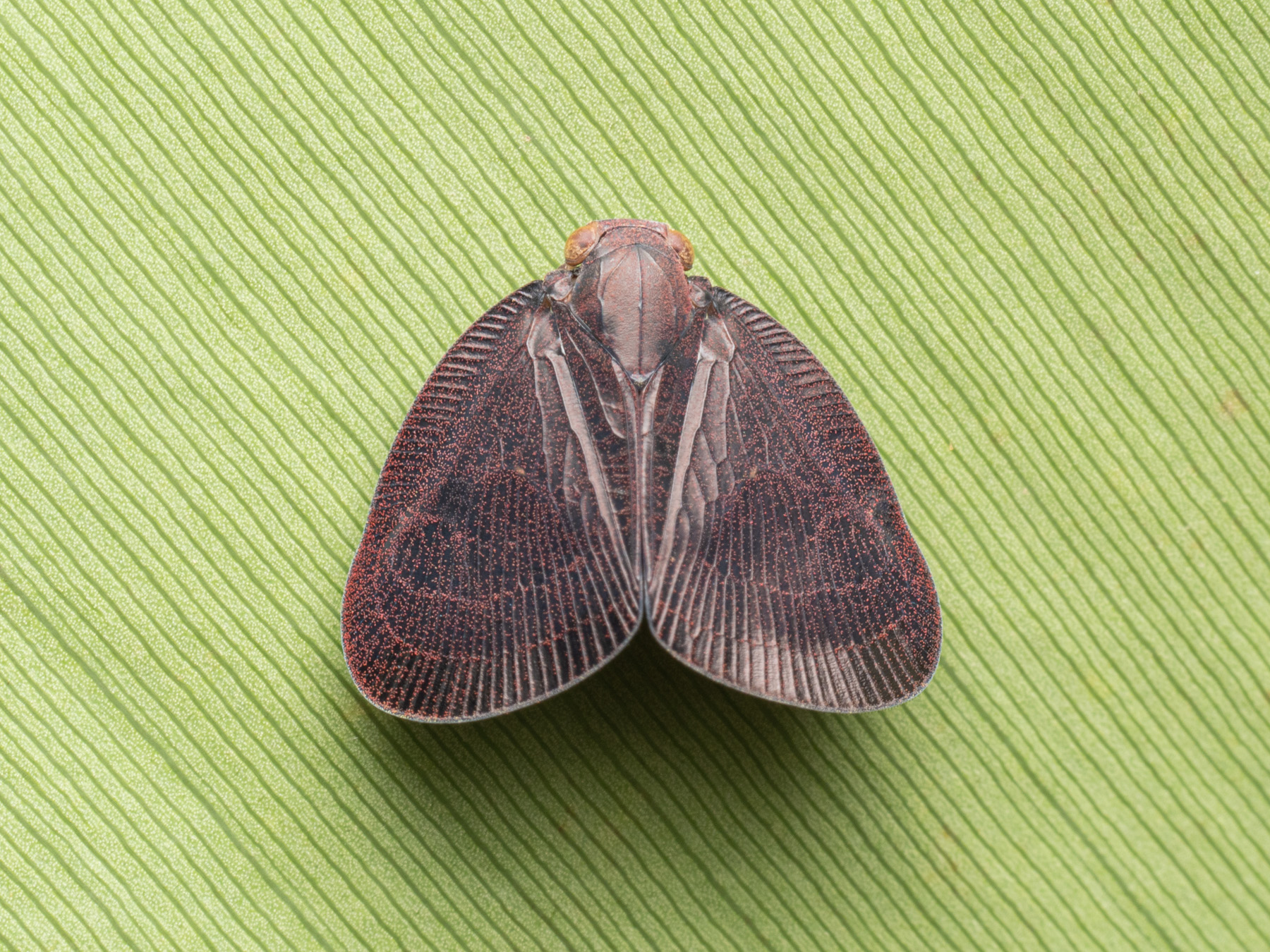 The regular appearance of Dwarf Eastern Tree Frogs (Litoria fallax) continued and with the newly constructed frog pond at the gardens. I look forward to seeing more species in this beautiful convenient location. 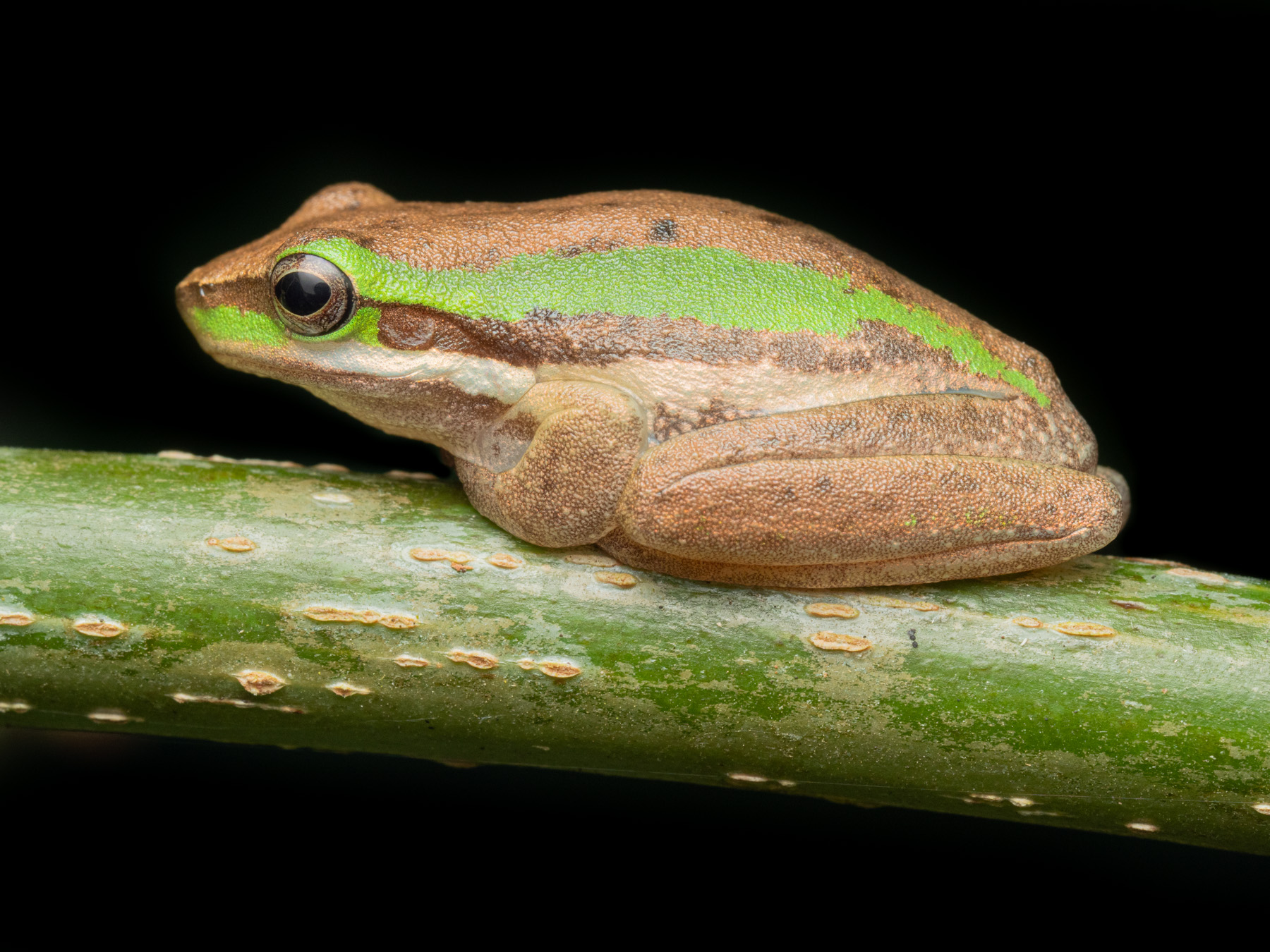 There has been many sightings of Praying Mantis over the last month and I was lucky enough to spot this absolutely gorgeous individual with the most incredible yellow eyes. I am told that it is a juvenile Giant Rainforest Mantis (Hierodula majuscula). I see many of this species, but this is the first in this colour. 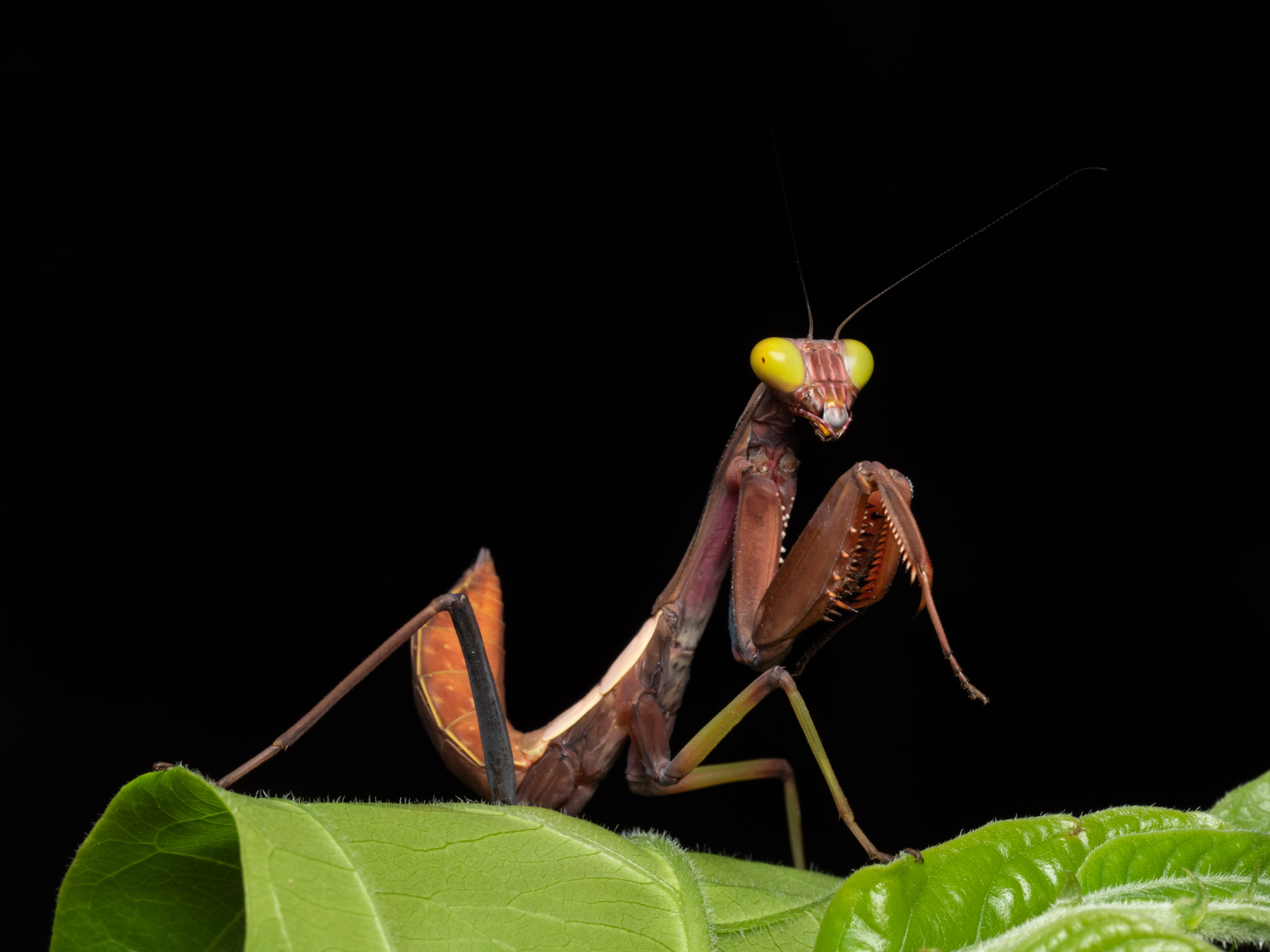 There has been a consistent numbers of caterpillars as well, with regular sightings of the Four O’clock Moth Caterpillars, Orchard Swallowtail Caterpillars, Cairns Birdwing Caterpillars, and also I’m now starting to see some Tailed Emperor Caterpillars (Polyura pyrrhus) that are very mesmerising with their incredible crown. 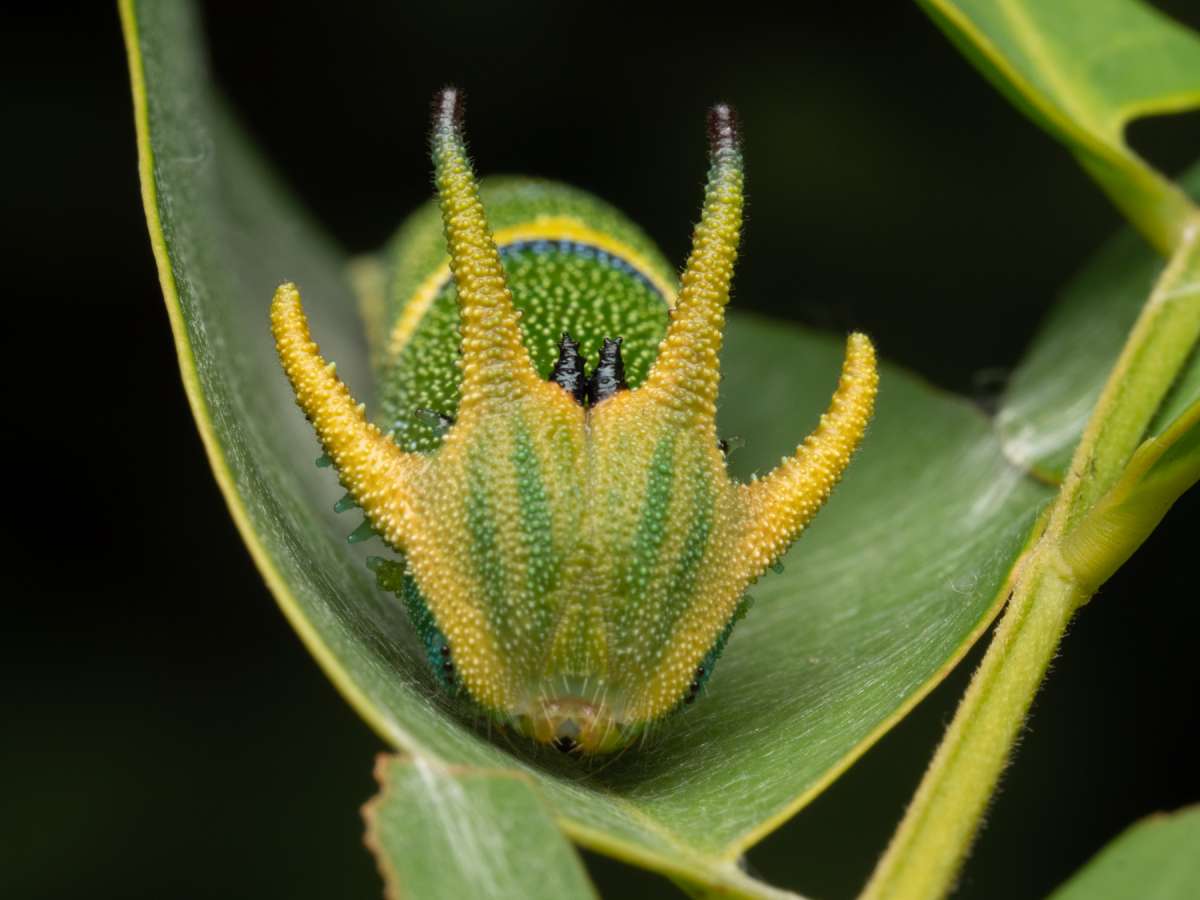 An interesting thing that seems to be a natural progression is the sightings of Green Jumping Spiders (Mopsus mormon). In June and July I was seeing mostly females, however this has now changed and I am seeing mostly males. Which is fine by me as they are probably my favourite to photograph and interact with. I have found that the males are extremely curious and I have had a number of individuals attracted to my flash diffuser and even jumping onto it. 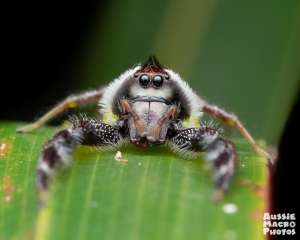 October saw me starting to run my tours finally after getting all my ducks in a row. It’s so rewarding to finally hear people say ‘Oh Wow’ and other appreciative comments on seeing critters that they probably would have walked straight past previously.