Ever since I was a child I would stare in wonder of many beautiful creatures of nature.   I was fascinated by the natural world and imagined one day finding a new species of animal no-one had seen before and then sharing it with the world.

Never in my wildest dreams could I expect to find such a creature that could fulfil a childhood dream.   In fact, I can only take some of the credit.  One of my very first tour participants, Miziho from Japan, saw something very small on top of a rainforest plant leaf and said ‘What’s That?!’

We could see that it was a very small insect but details were too small for the naked eye.  The lens Miziho was using wasn’t going to capture the tiny being, so I got a quick photo and noticed that it was an interesting little bug with intricate patterns.  Being so small I realised that it was going to be a struggle to capture a decent image and I would have to come back with one of my extension tubes on my lens to get close enough to this tiny 3mm beauty.  We continued on with the tour.

That weekend, I loaded up my images for the week I saw for the first time something that blew my mind!   My initial photos weren’t great, but it sparked enough curiosity for me to go back to the same spot and try and find it again.  I thought it was a long shot.

The next day, after pimping up my camera with the extension tubes, I proceeded to Bug Alley, one of my ‘goto’ spots in the Cairns Botanic Gardens.   To my delight I found one again!  No… wait. there’s more… and more… and more! OMG BugTopia!!! 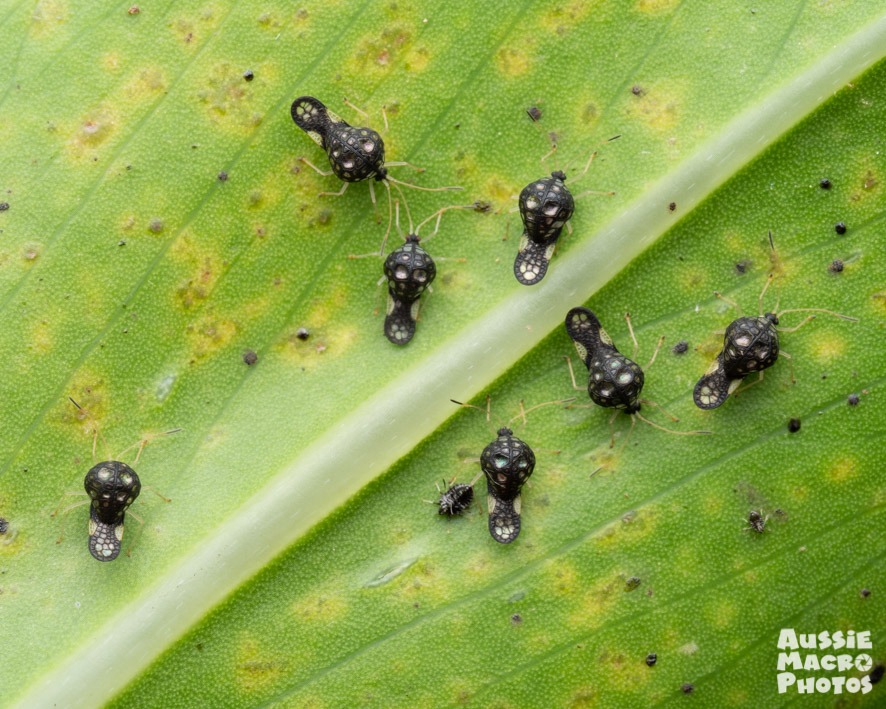 For the next hour, I braved mosquito bite after bite until the accumulated histamines in my body reached critical mass and I had to leave.  However, in that hour I was able to get a range of images showing both sexes, various nymph (growing phases of some insects) stages and mating images.

I took over 200 photos and realised I had something I had never seen before, nor had I seen an image of one either.

I decided to put it on one of my regular Facebook pages to help with identification.  It was quickly identified as a type of ‘Lace Bug’ or Tingidae family of insects.  Check out Tingidae on Wikipedia. 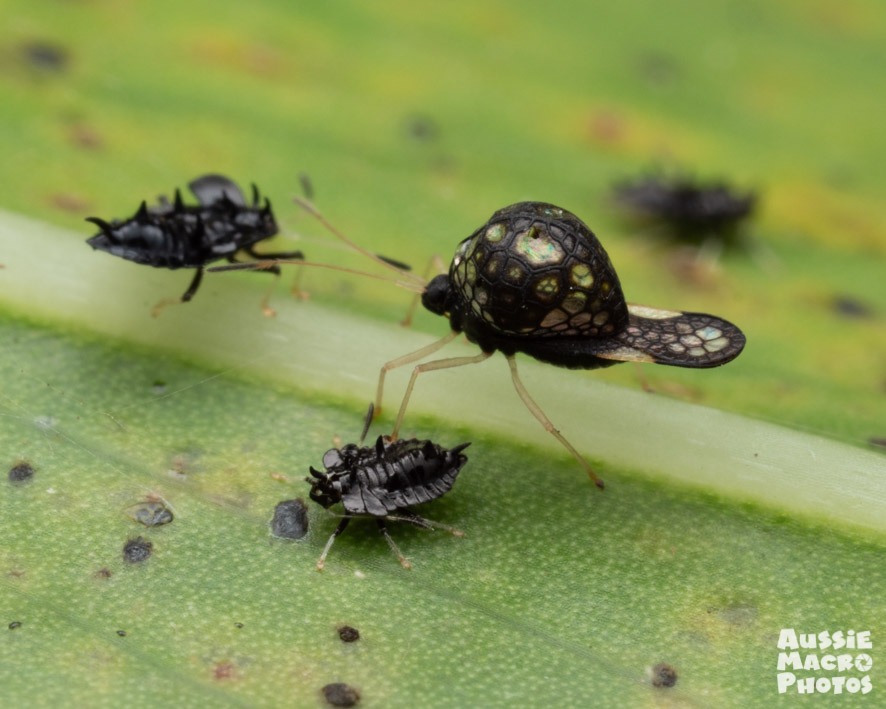 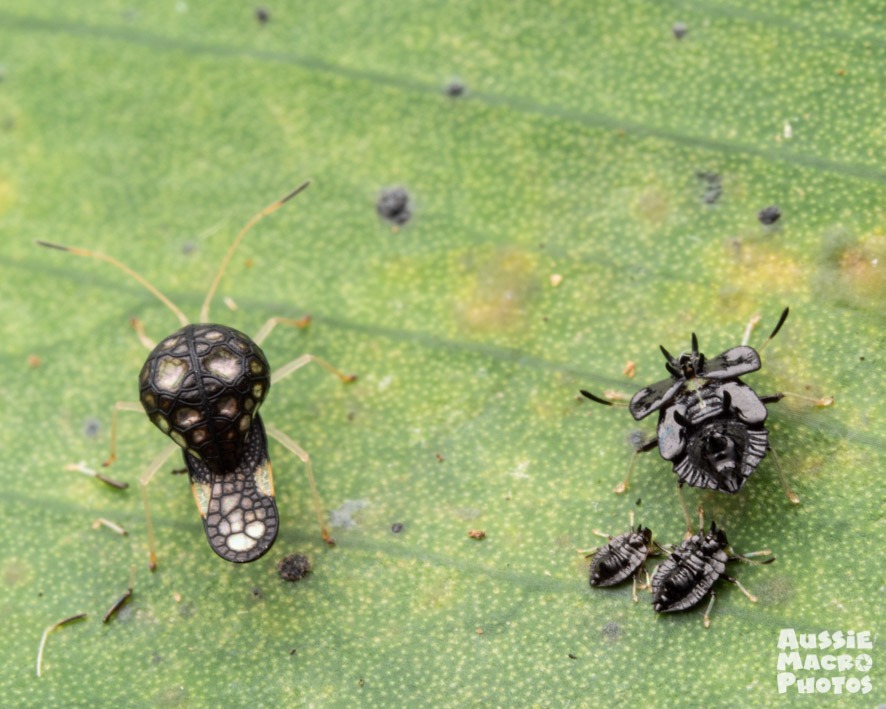 However, no-one could identify the species.   One comment suggested I should post it on iNaturalist and tag some Entomologists.  After a few days I was contacted by Entomologist at the University of NSW, Dr Ryan Shofner.  He told me the bug was confirmed to be undescribed and asked could I collect some samples for study!

Dr Shofner connected me with a local Cairns Entomologist, Dr Anthony Postle, and we organised collecting some specimens.

This week Dr Postle, Cairns videographer Stuart Ireland and myself, with the support of the Cairns Botanic Gardens, set off on the inaugural mission to learn more about these miniature beauties.

I can now tell you that there have been suitable numbers of this gorgeous lifeform  collected for a range of scientific analysis such as DNA matching and anatomy study.  As an animal activist I really struggled with the collection of samples.  I only felt I could go through with this after learning, through observation, that they are in abundant numbers. They are easy to find once you know how.  I knew they were not a species of being at risk.  Also, their host plant is a prolific, sturdy and fast-growing native rainforest species in FNQ. 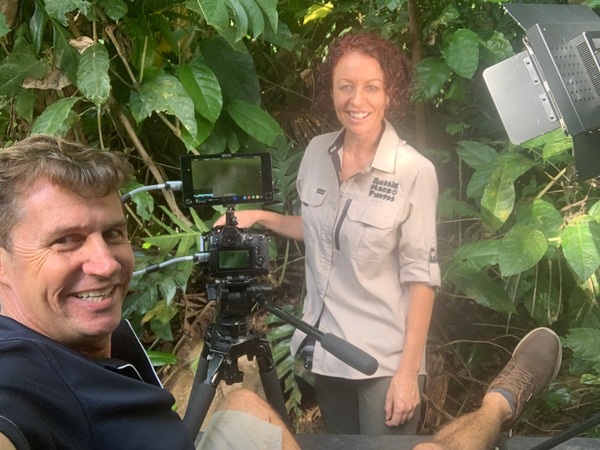 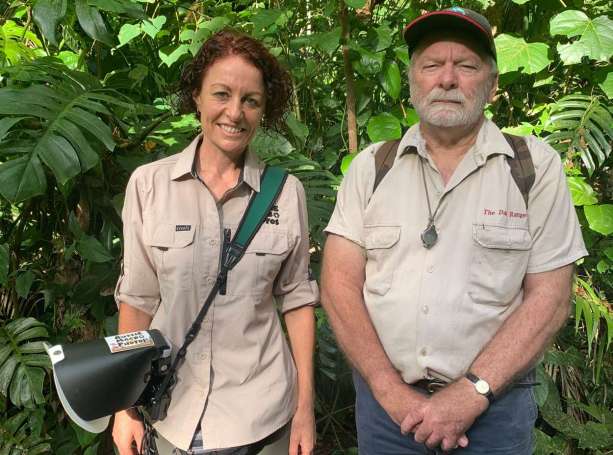 Myself, Stuart Ireland and Dr Antony Postle collecting the specimans

What we know so far… The new species falls within the Oecharis Genus in the Family Tingidae (Lacebugs). We can also tell you that it is a plant sucker, living underneath leaves and sipping gently, not causing any relative damage.  In fact, the plant leaves remain completely healthy and no apparent damage is shown on the top half of the leaf.   Although they can fly, they prefer to scurry. They don’t like bright light and they will perform a typical ‘drop and roll’ escape route like a lot of bugs and beetles.  Some individuals have a red eye, and some black, but we don’t know if that means sex, age or something else.  During the session I had at least two walk onto my hand and it was barely noticeable to the touch, they didn’t bite or cause any skin irritation. 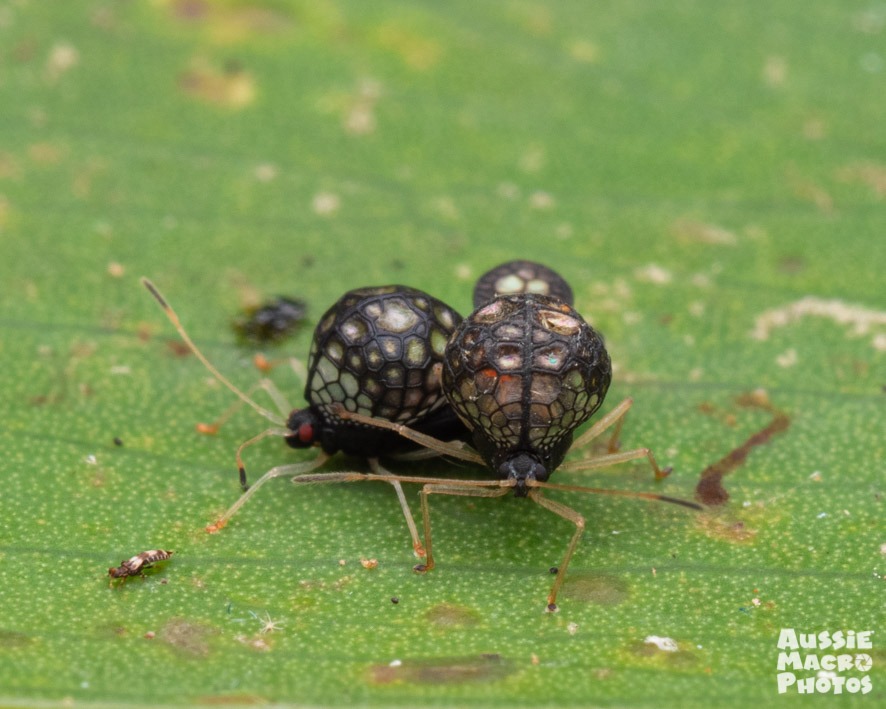 I will keep writing about this exciting discovery and let you know the relevant milestones along the way.

Want to see the new species of Lacebug?

Welcome to Buggin with B-Shizz

Buggin with Bridgey – Pink in Macro Photography – May 2022

Buggin with Bridgey – Moths in the Cairns Botanic Gardens – June 2022

Buggin with Bridgey – Spiders in the Cairns Botanic Gardens – June 2022

Buggin with Bridgey – Camouflage in the Cairns Botanic Gardens – November 2022

Buggin with Bridgey – Mimicry in the Cairns Botanic Gardens – December 2022

Buggin with Bridgey – Grasshoppers in the Cairns Botanic Gardens – January 2023 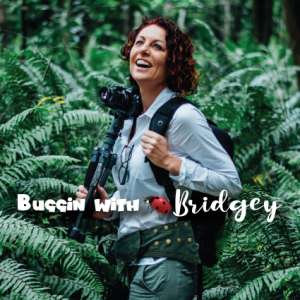 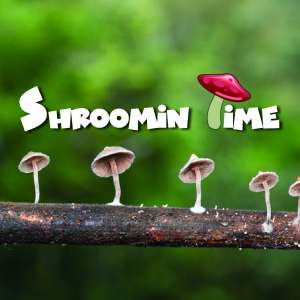 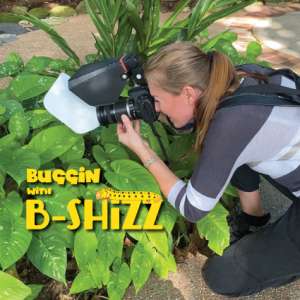 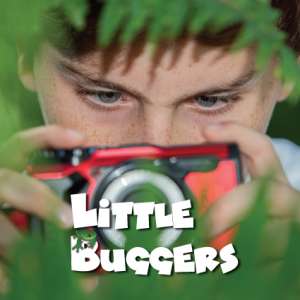 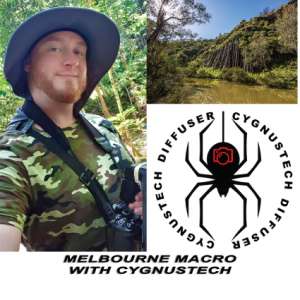 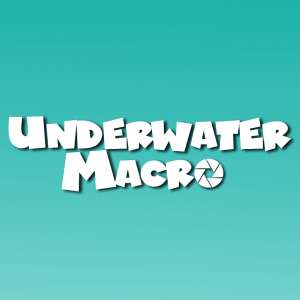 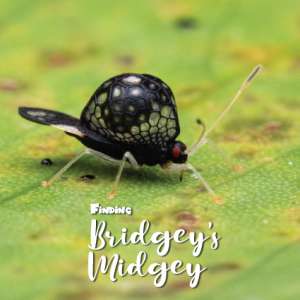