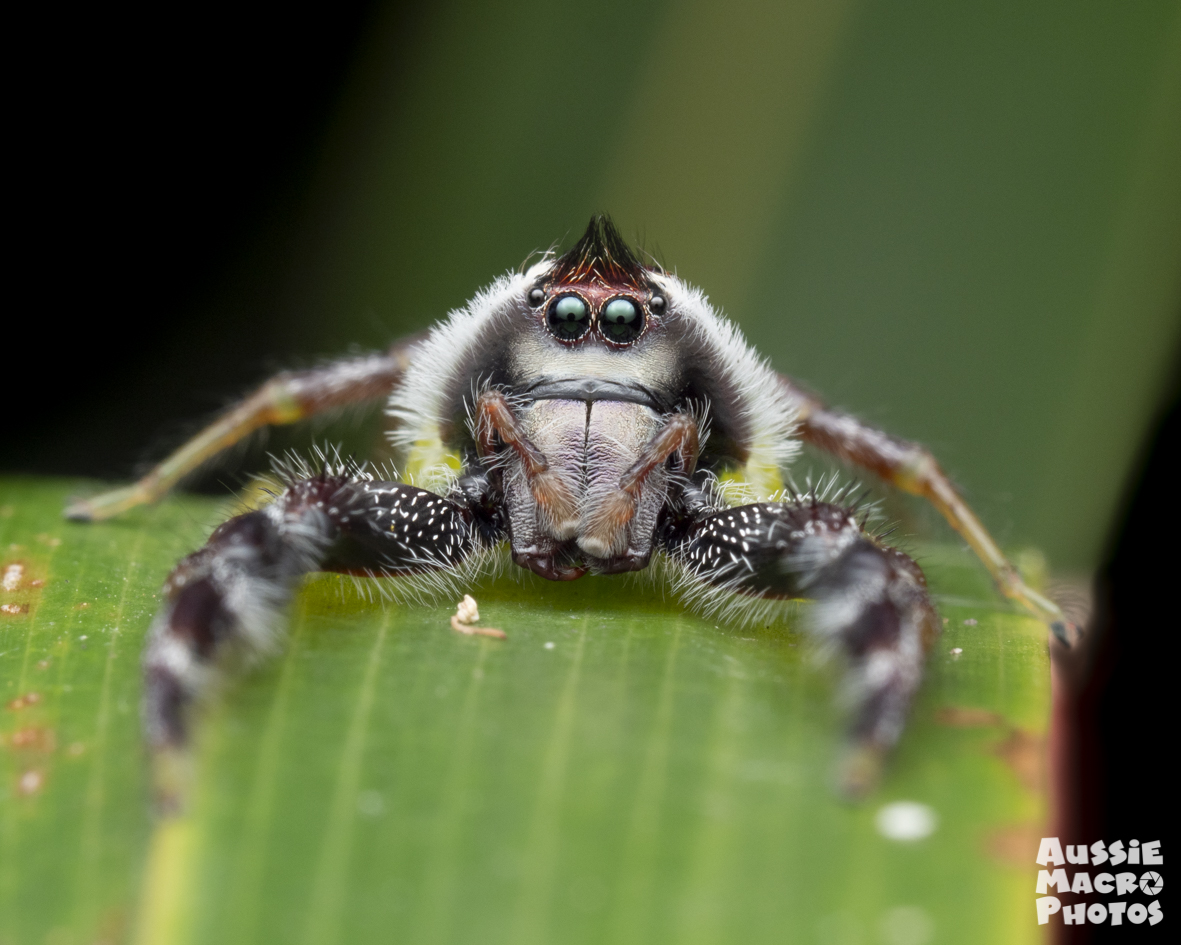 The Wet Tropics favourite Salticidae is the Green Jumping spider aka Mopsus mormon.  Spend some time in any backyard and you are likely to see these fantastically charismatic spiders.    Right now it seems that they may be in the peak of their season, as I have seen large numbers of these both on my Let’s Go Buggin tours in the Cairns Botanic Gardens and also just out and about in my backyard and in some of my other ‘go-to’ locations.

Very curious by nature, and quite large by jumping spider standards, the Mopsus mormon male, sports a gorilla-like face, completely black, with a black mohawk, and white sideburns, which as far as my expertise goes, is perhaps the only species that has developed this very distinct style.   Their very large forward-facing eyes, help make portrait images of this spider such a joy to capture, as they will often look directly into the lens of the camera. 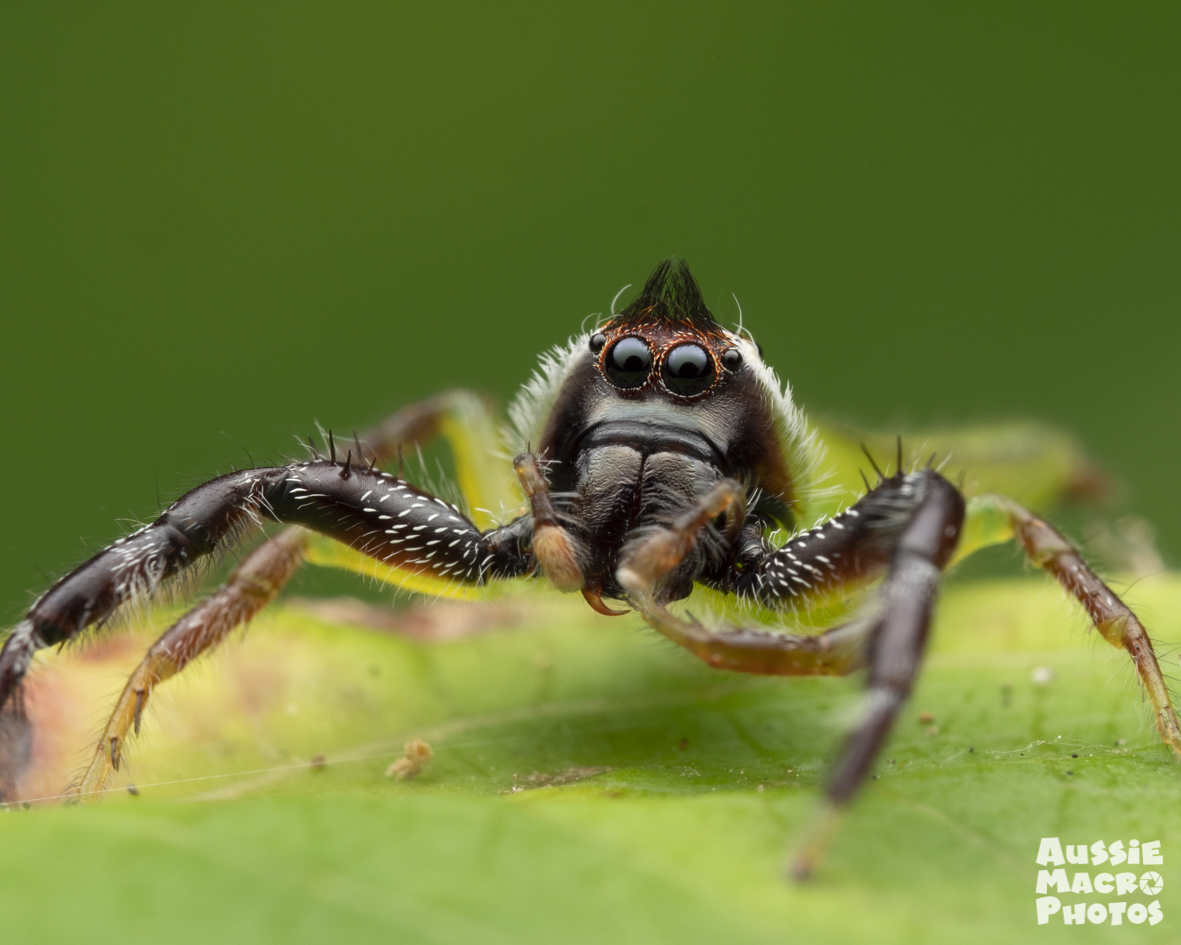 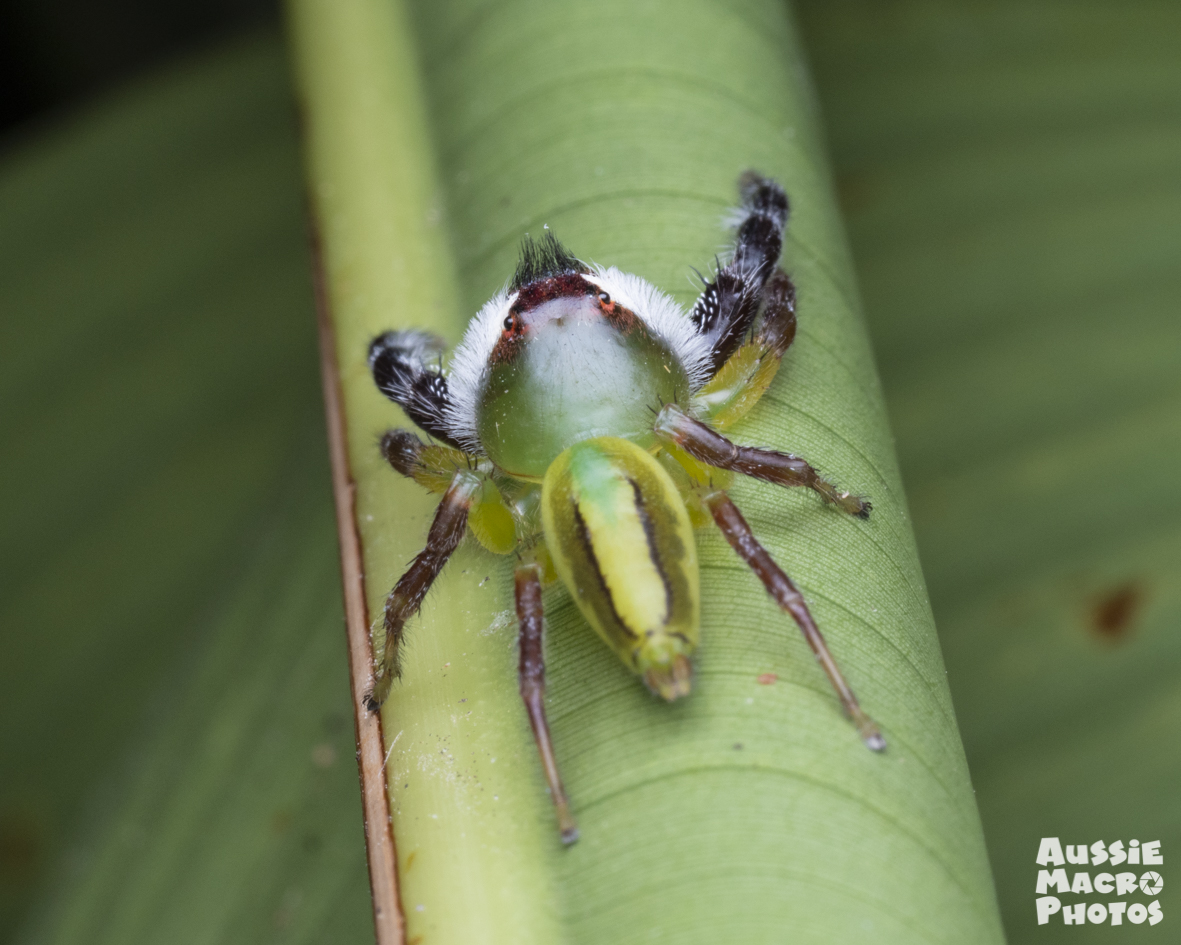 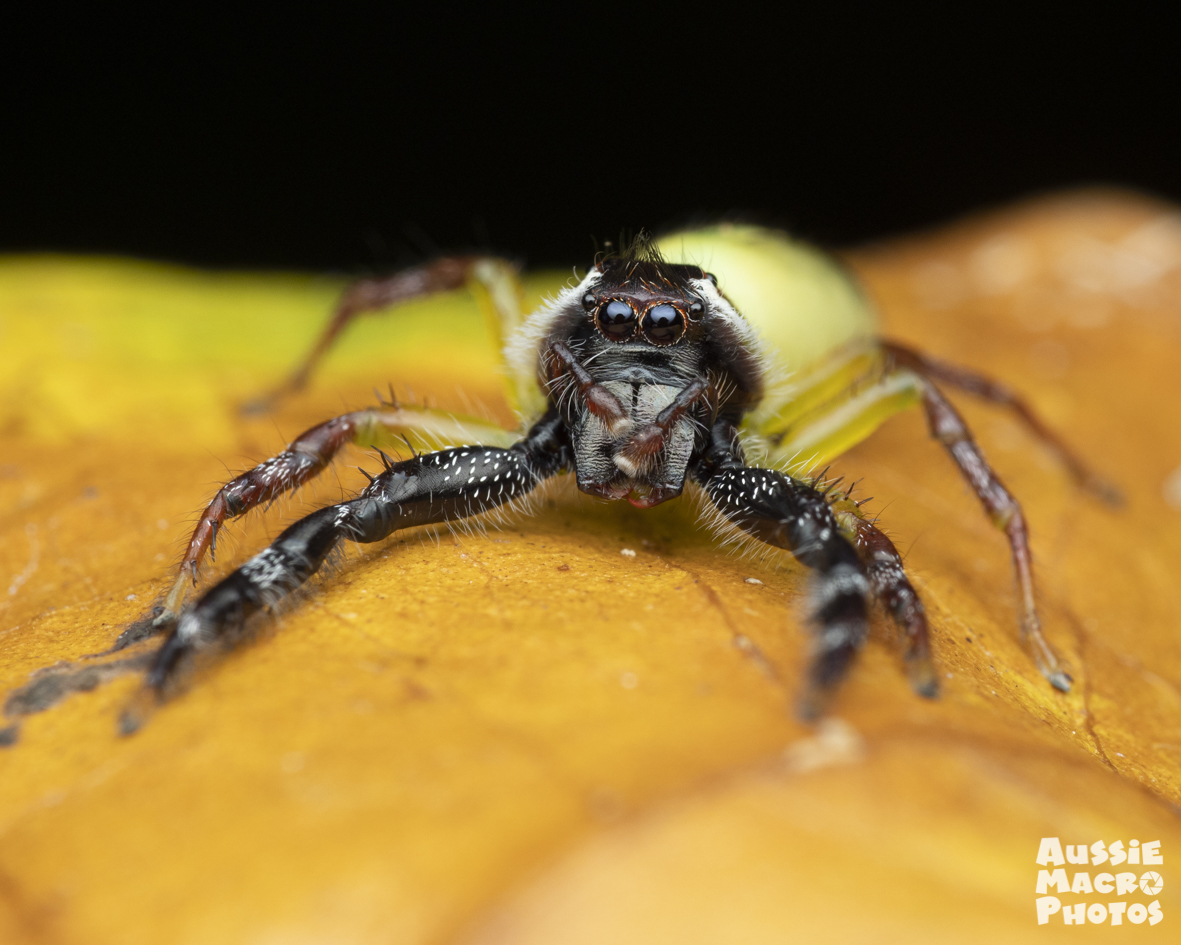 The female of the species, doesn’t have the black face and punk hair-do, however is often a more vivid green colour.  She too has large eyes and a curious nature.

I somehow seem to find the females with meals more often than I find males, I’m not sure if this is a direct reflection of what is happening in the wild.  Perhaps the females need more food than the males, perhaps the males are busy looking for females.  In anycase they make for an interesting photograph if you can see one with a meal in their clutches. 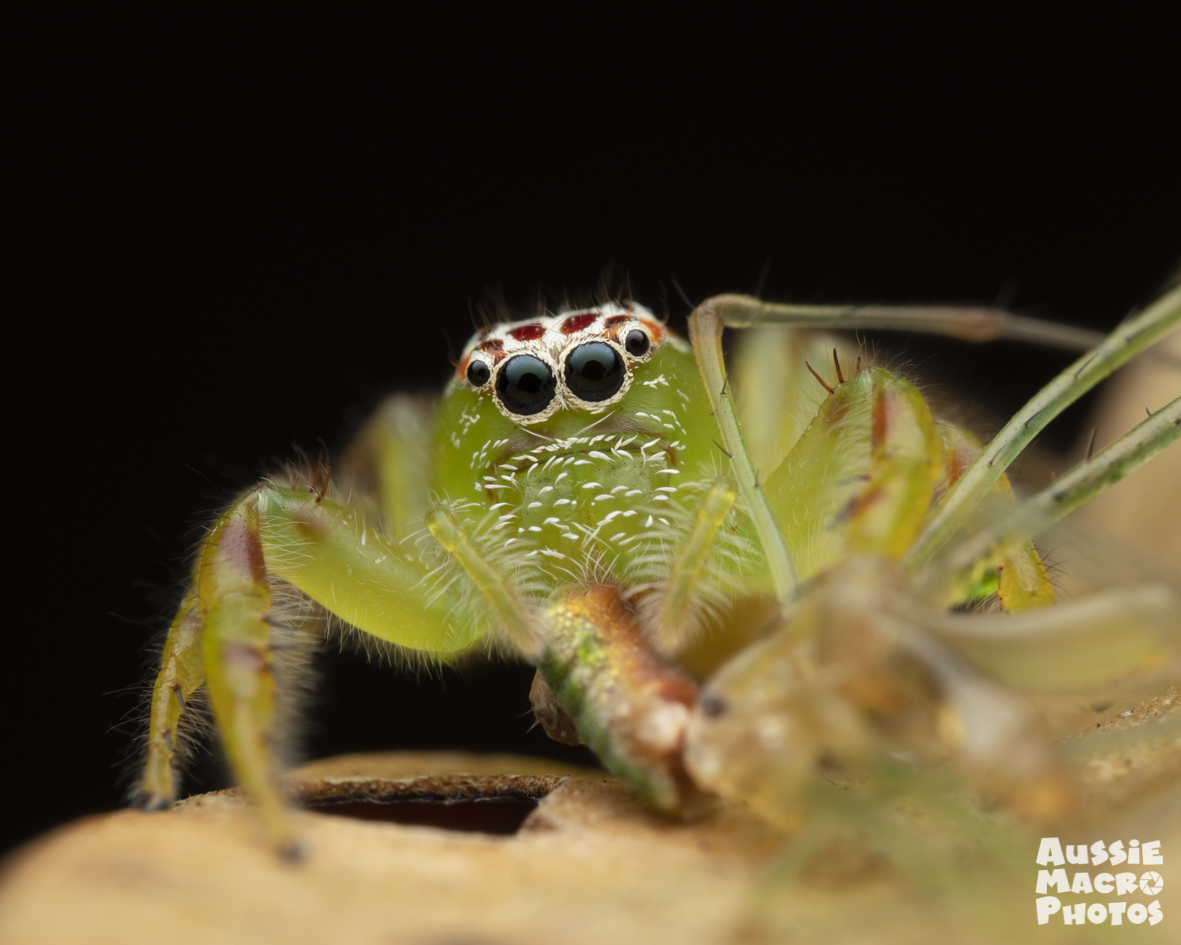 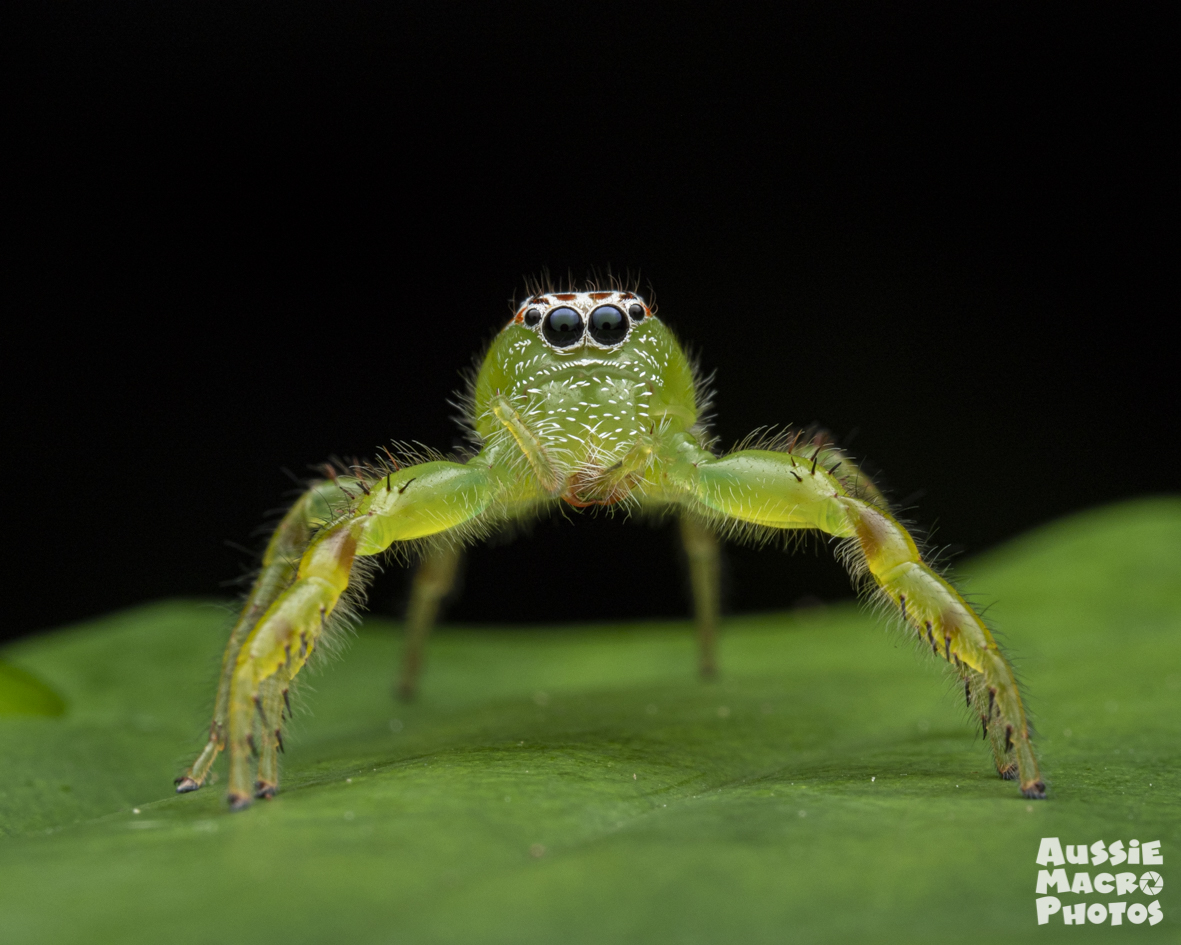 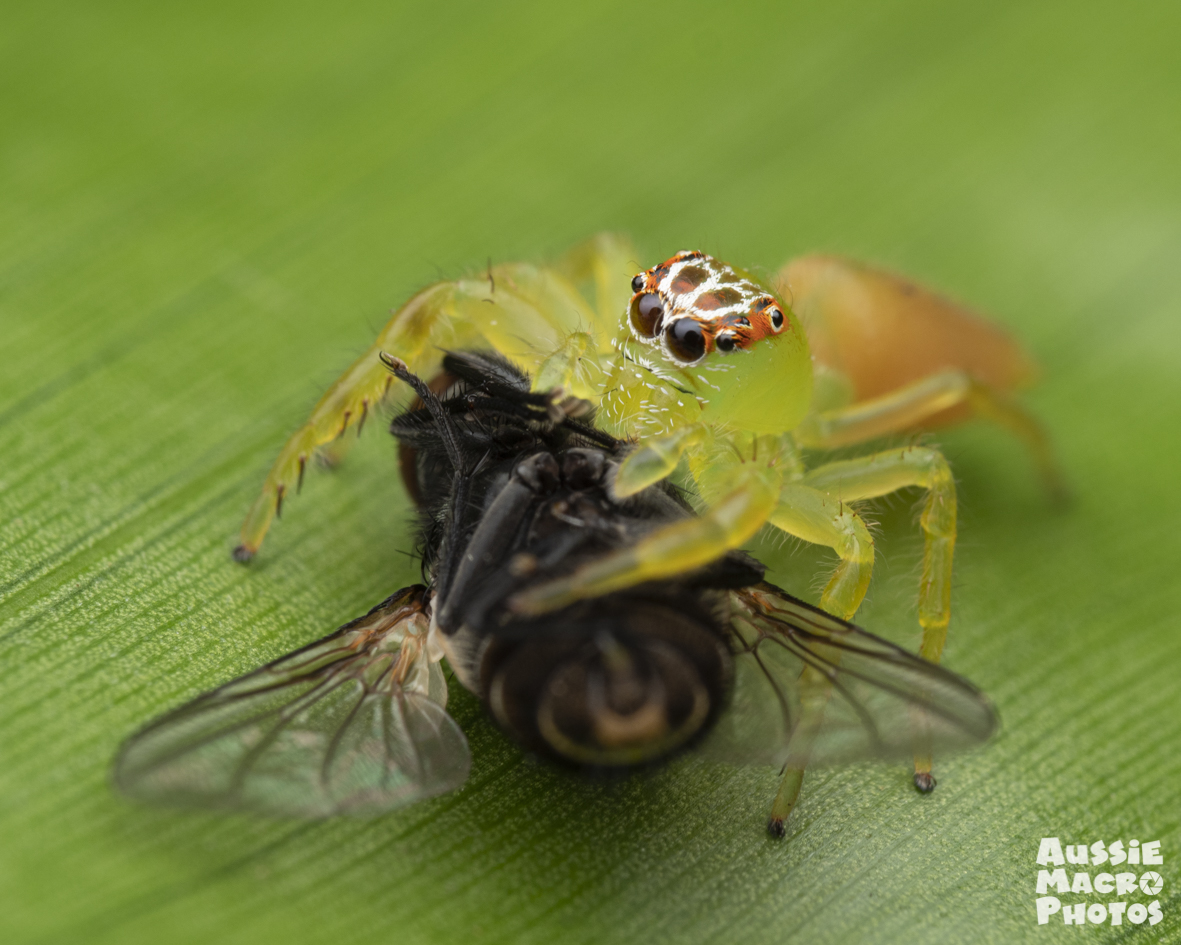 Looking around my back yard and also the Cairns Botanic Gardens on my Let’s Go Buggin Tours are plenty of Red Jezebel Butterflies, also known as Union Jacks.  This is a very busy flutter-by and will rarely sit still.  You will notice them drinking nectar on Grevilleas and other colourful flowers.   Often flying in pairs, will be a couple who are courting, and may often fly around together for a day or two.

The name comes from the males underside wings resembling the Union Jack Flag, and it is understood that the species comes in a variety of pattern variations and there have been a number of sub-species named.

The cocoon (pupae) of these butterflies are very distinctive with this yellow shiny almost plastic-looking skin and the protruding black knobed spikes. 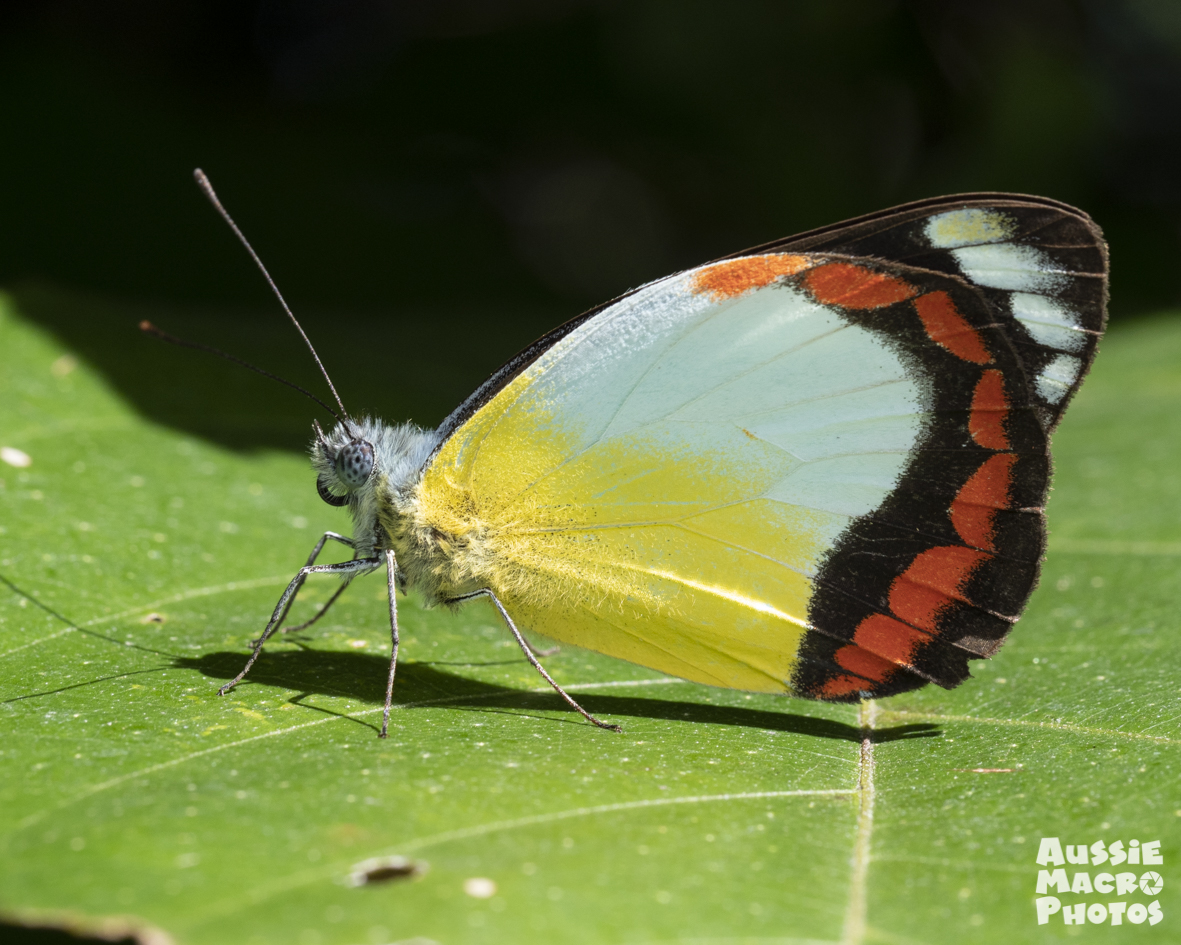 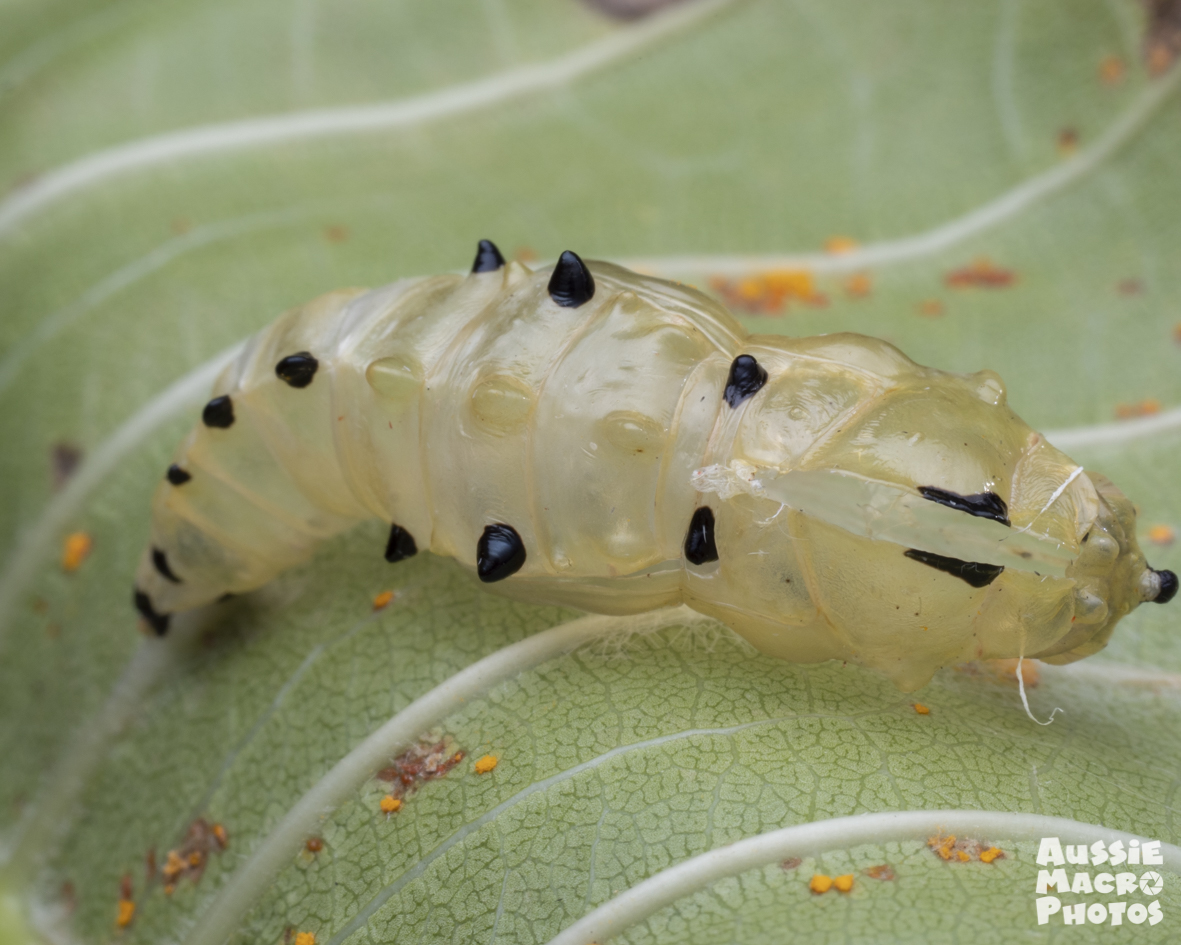 The most common reaction I get from people when I show them a Beautiful Cockroach (Ellipsidion australe) is…. “That’s a COCKROACH!  Wow, it’s Beautiful!”   These so-named beautiful garden beetles can often be found in small bushes and trees in decent numbers right now and have been found then regularly on Let’s Go Buggin Tours in August.   They can be a little skittish, and easily disturbed, however, if you can get a shot without touching the leaf they are on they can be almost completely still.

I love their blue-tinged matrix design in their back with reminds me a lot of indigenous art.   These are the good guys in your garden, and I’ve never seen them come inside so I urge you to re-form any pre-conceptions you have 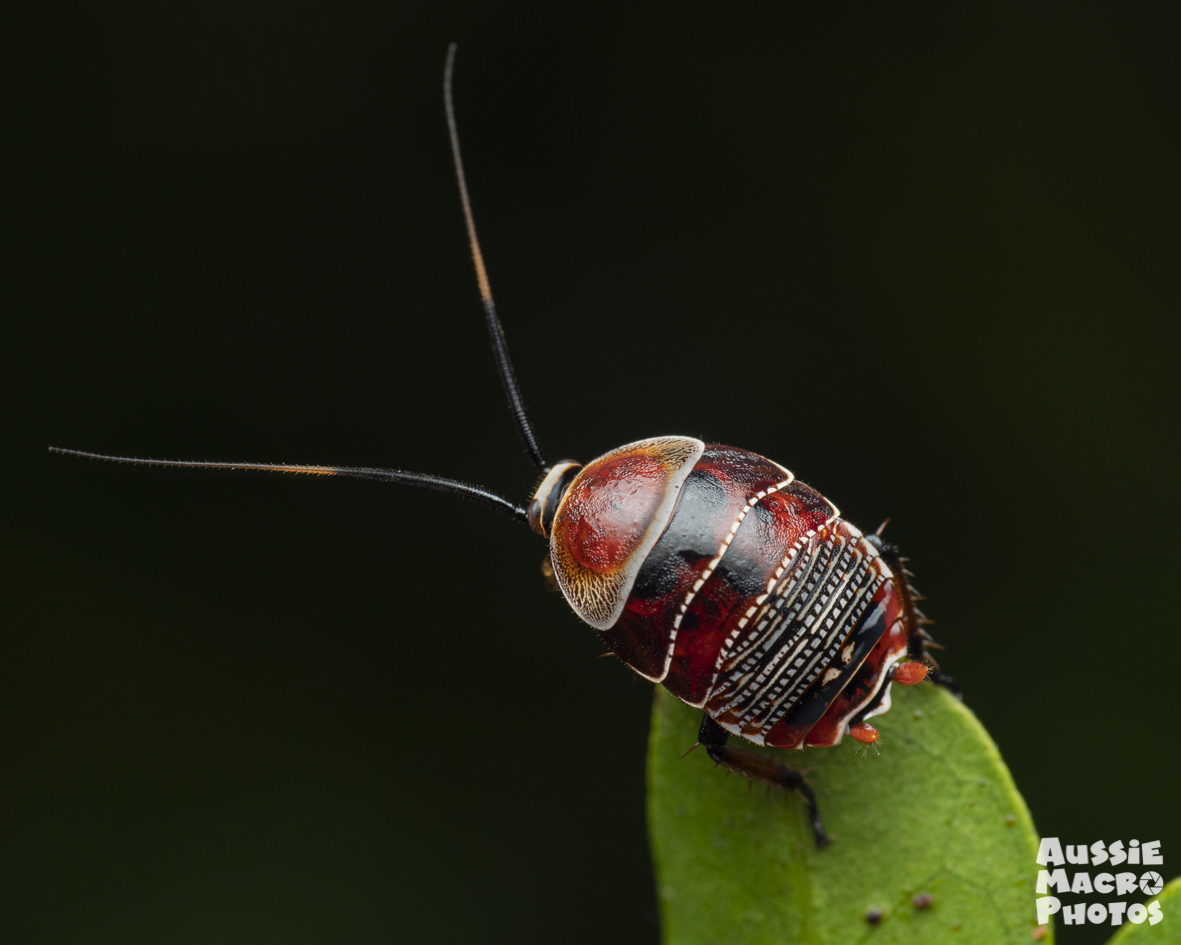 If you are interested in a seeing some of these animals and more or are wanting some cool critters to photograph, please come and join me for a tour in Cairns. Visit the Book A Tour page and we will see you on a Let’s Go Buggin Tour Soon!