Caterpillars in the Cairns Botanic Gardens

There are literally hundreds of different caterpillars that can be found on various plants in the Cairns Botanic Gardens as well as backyard gardens, lawns, parks, rainforests and town centre gardens.  It’s almost impossible to keep up with the vast variety of different species but there are some that are quite commonly seen and stand out either due to their size, quantity or colour patterns.  Here’s just a few of what we have been seeing lately. 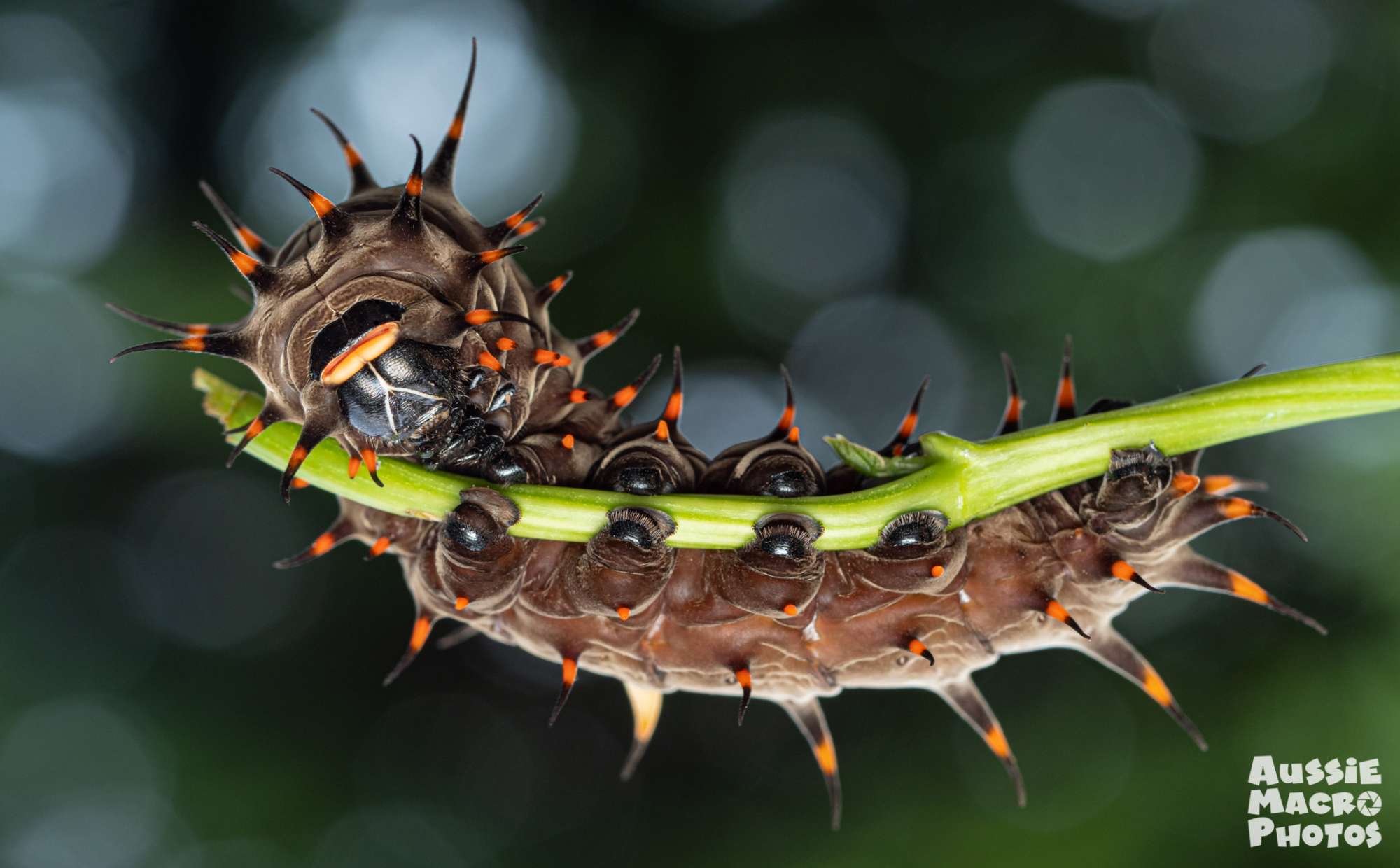 From my individual count in 2021, and this year, February seems to be the best time of the year to see Cairns Birdwing caterpillars.  The butterflies can often be seen courting.  This is when a male and female come together and fly in a dance formation to asses each other’s viability to mate.   I’ve also witnessed numerous female butterflies laying eggs in and around their host plant Dutchman’s Pipe (Aristolochia littoralis).  The caterpillars (larvae) are plentiful and I can often count around 20 on any given day.  They range from only a day or so old right through to getting ready to pupate as well as many cocoons on nearby plants.

I can often find these caterpillars sharing a vine Dutchman’s Pipe (Aristolochia littoralis) with the Cairns Birdwing Caterpillars.   Sometimes they appear in huge clusters as the butterfly can lay around 20 eggs all together on one stem.  Watching them grow and eventually disperse over 3 weeks is seeing life in fast motion. 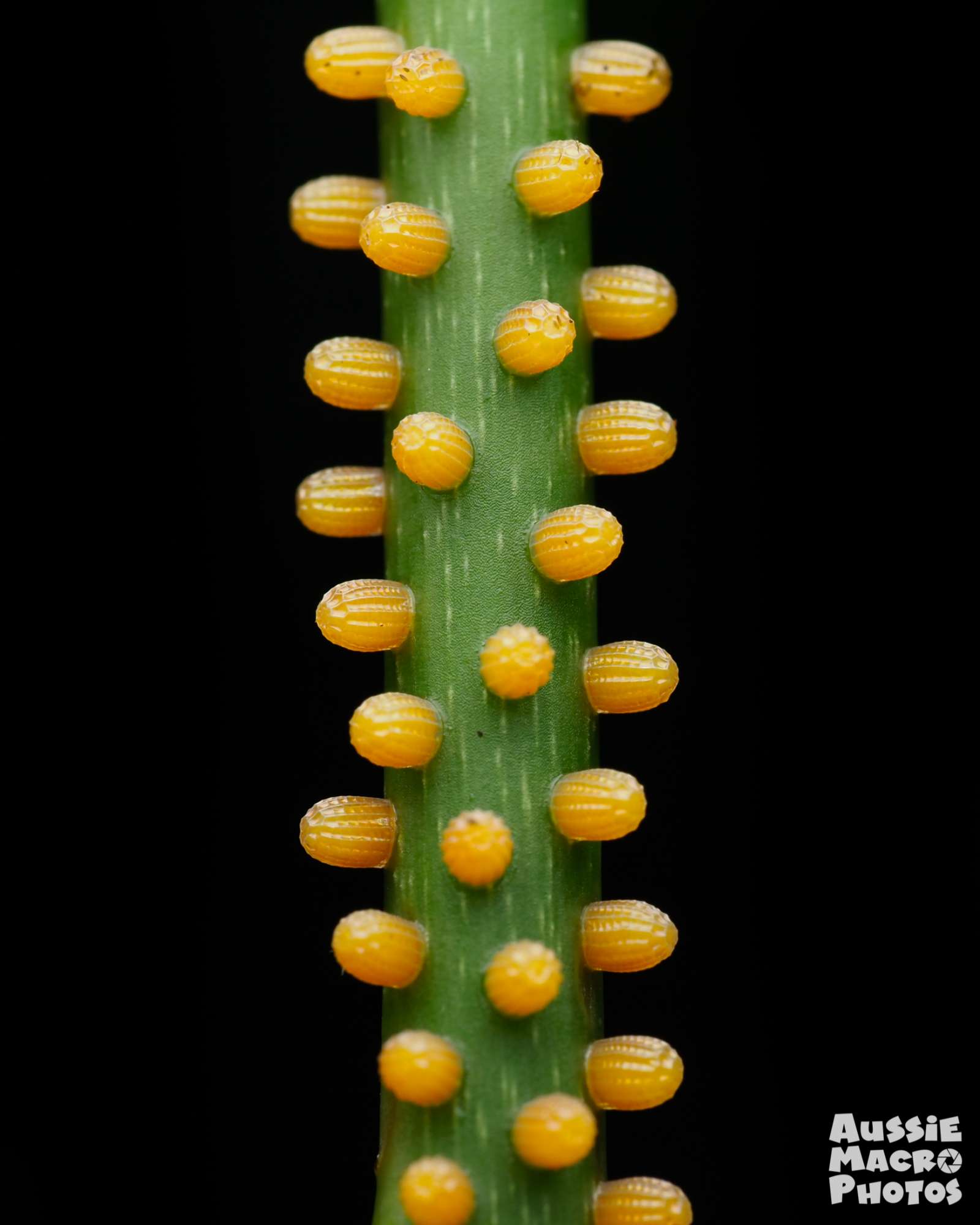 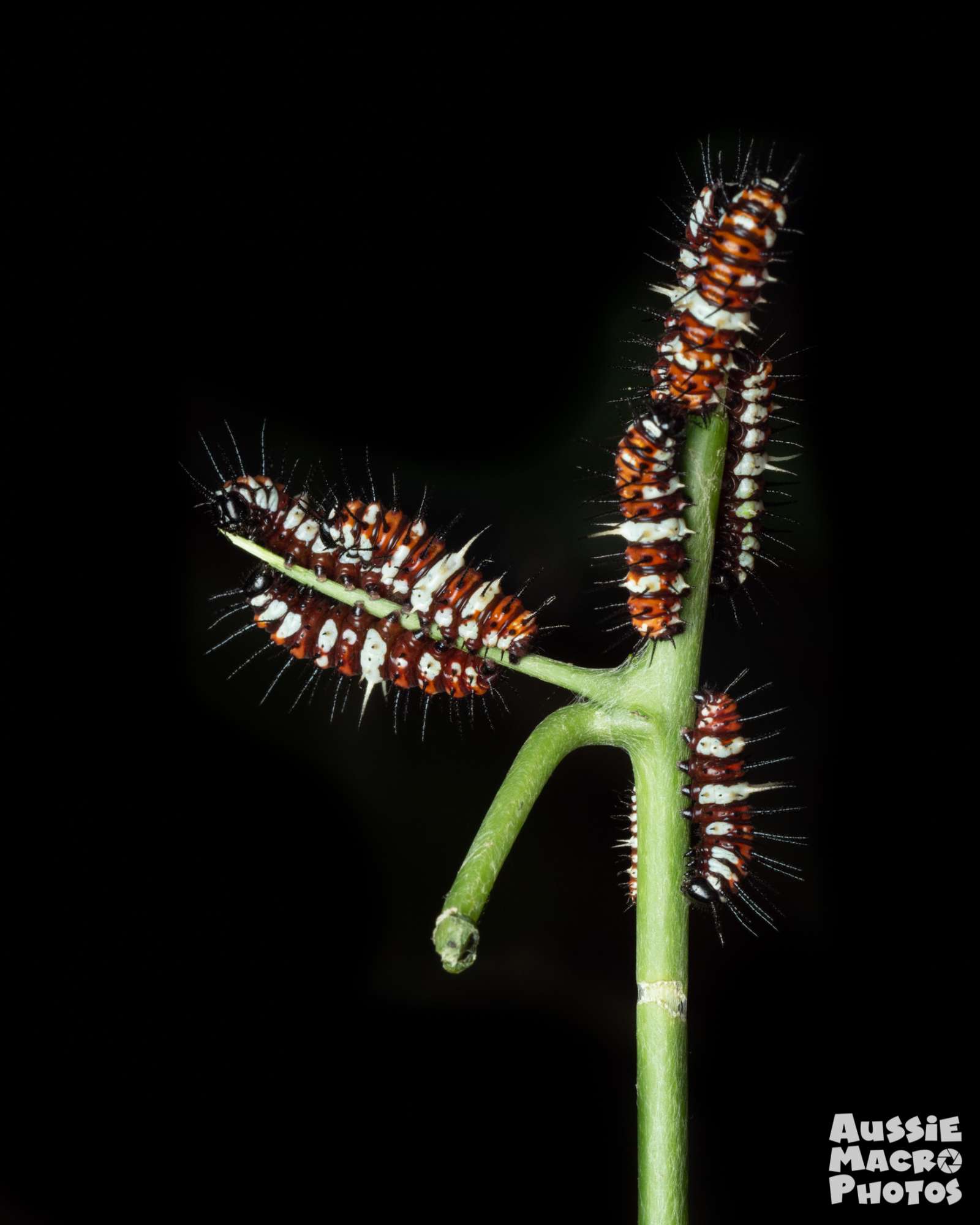 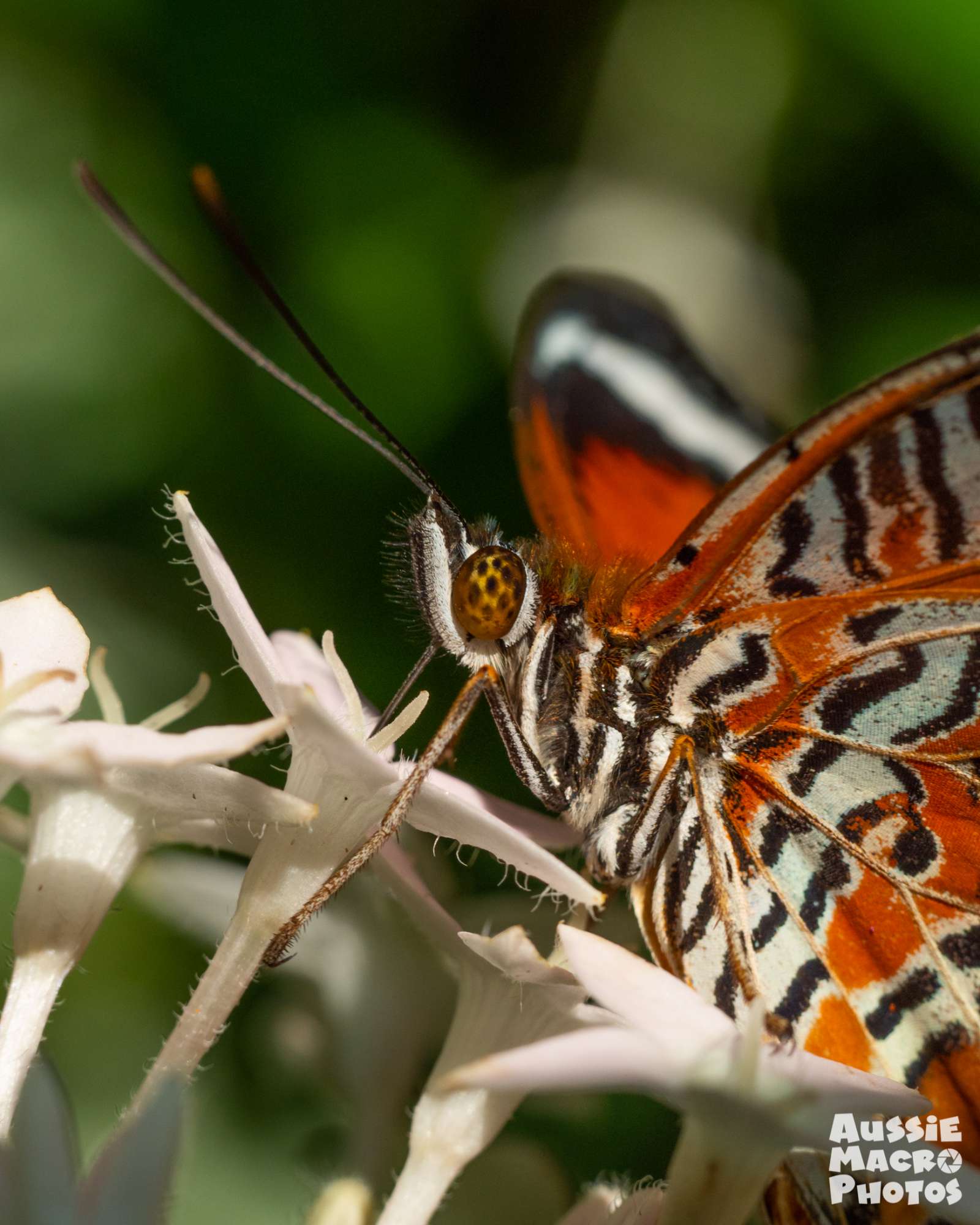 Definitely a favourite caterpillar (and moth) to encounter are the Hawk Moth family.  They are one of the largest types of caterpillars as well as some of the most beautiful.   They will often have fake-eyes as a deterrent to any would-be predators.  Hawk Moth Caterpillars are distinguishable by their upward turned tail. 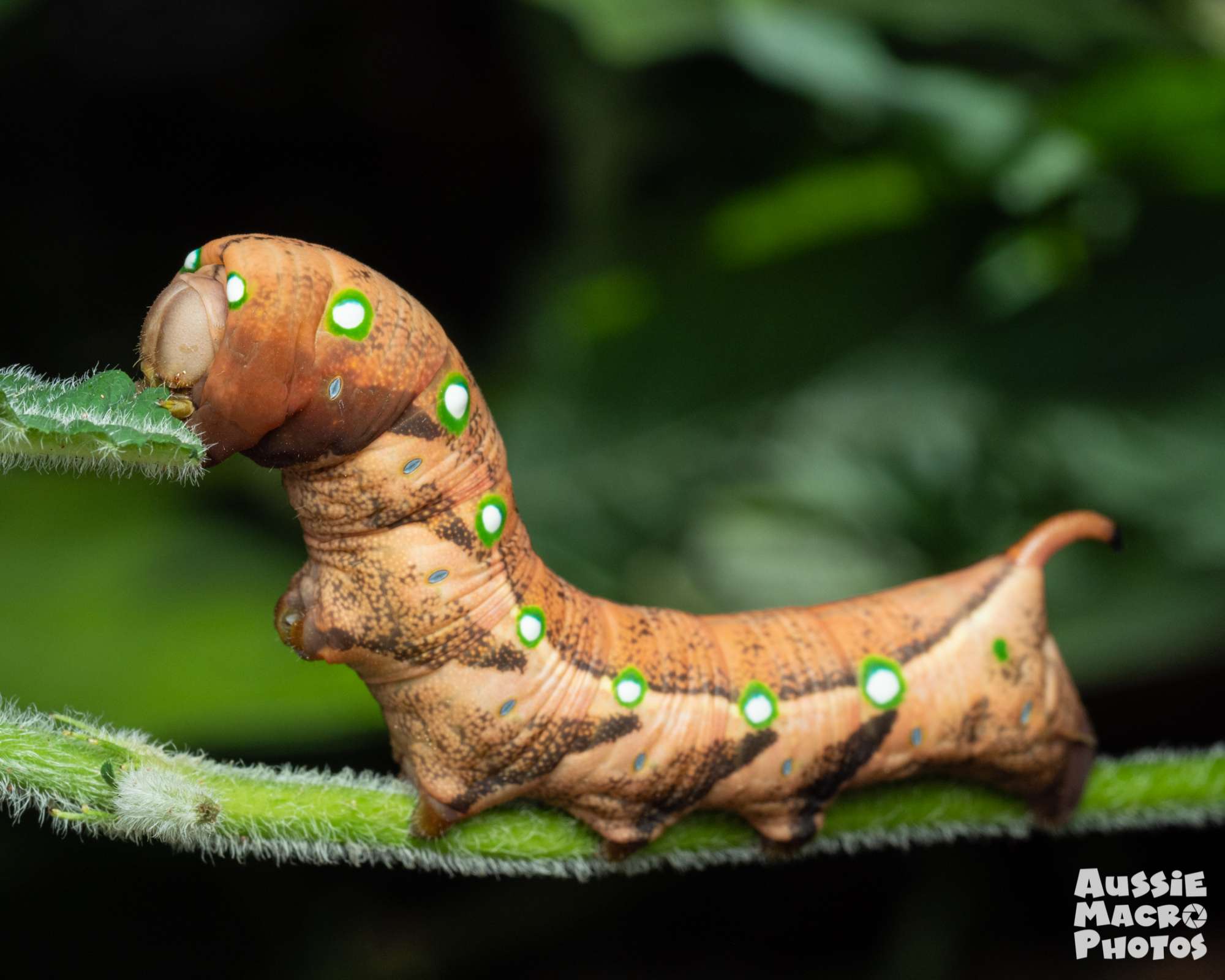 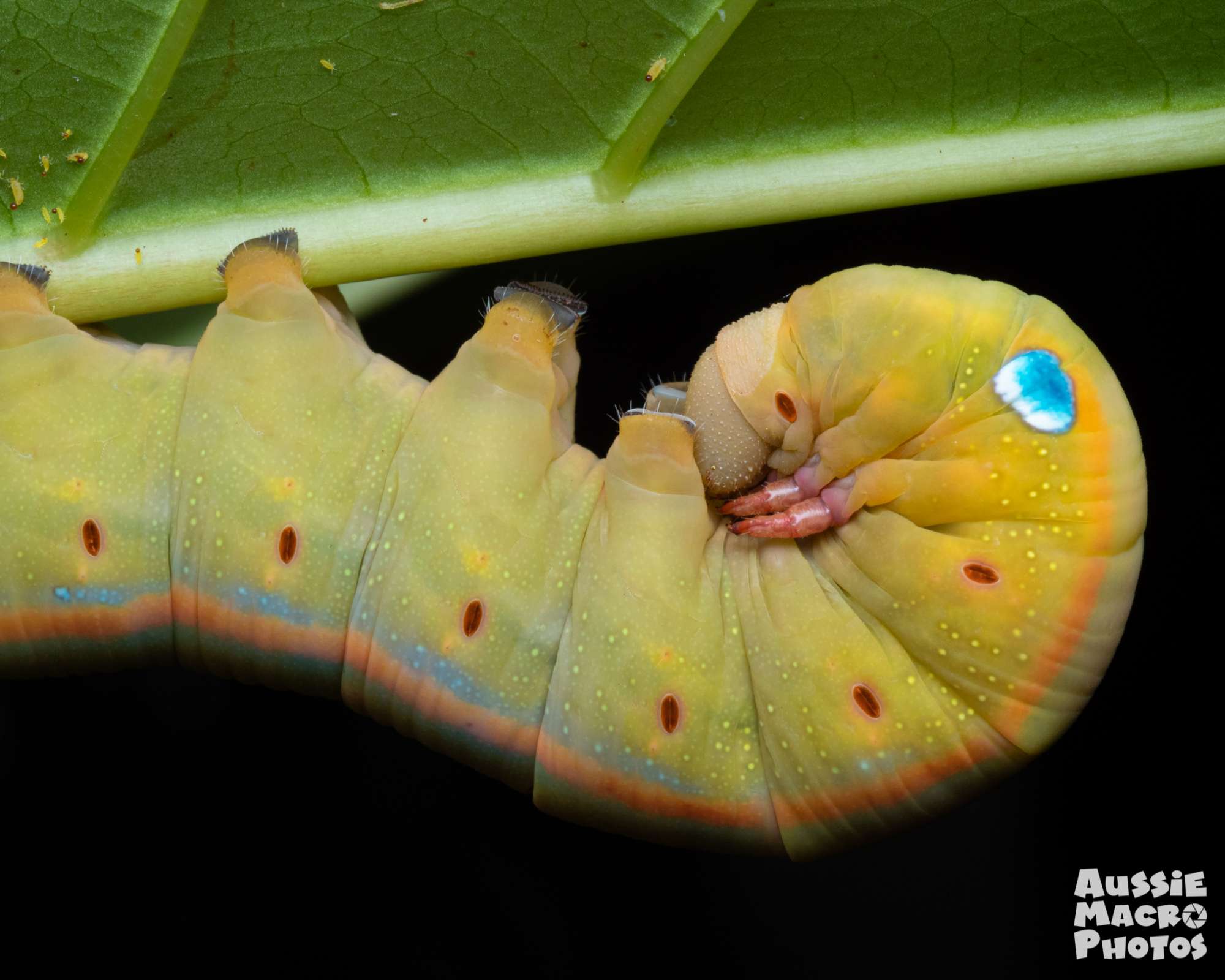 Not as common as the Orchid Swallowtail is its cousin, the Fuscous Swallowtail and I’ve been lucky enough to witness two on my backyard fence this season.  They have the most incredible osmeterium which erect out of their heads if they are sensing a threat.   This species has a large number of host-plants a lot of them citrus.  Keep an eye out on your lemon and lime trees.

Are probably one of the most popular and well-known butterflies to be seen in the Cairns Botanic Gardens.  You can often see them flying above the footpaths and roads.  Some speculate that this is because they appear like creeks and streams to the flutter-bys as they look for their host plant alongside these waterways.  The caterpillars (larvae) of the Ulysses butterfly go through a number of phases (instars).  This individual is somewhere in the middle.  It will go through another few molts and changed colouration and texture before it makes its final metamorphosis inside its chrysalis to become the stunning metallic blue butterfly that has become an icon of the wet tropics.  The caterpillars are by far easier subject to photograph.

A really impressive species that I have seen both in rainforests and backyards is this stunning caterpillar.  The moth is apparently considered a pest in the agriculture industry due to their name-sake.  But wow, look at those fake eyes!  It’s hard to not be wowed by this beauty!

This glamourous caterpillar is the larvae of a beautiful garden favourite.  The wings look like golden autumn leaves, especially the undersides.   According to The Australian Butterfly House, The caterpillar can be found on a number of host-plants.  I’ve often found this caterpillar on backyard fence vines, and even on over-grown lawns. 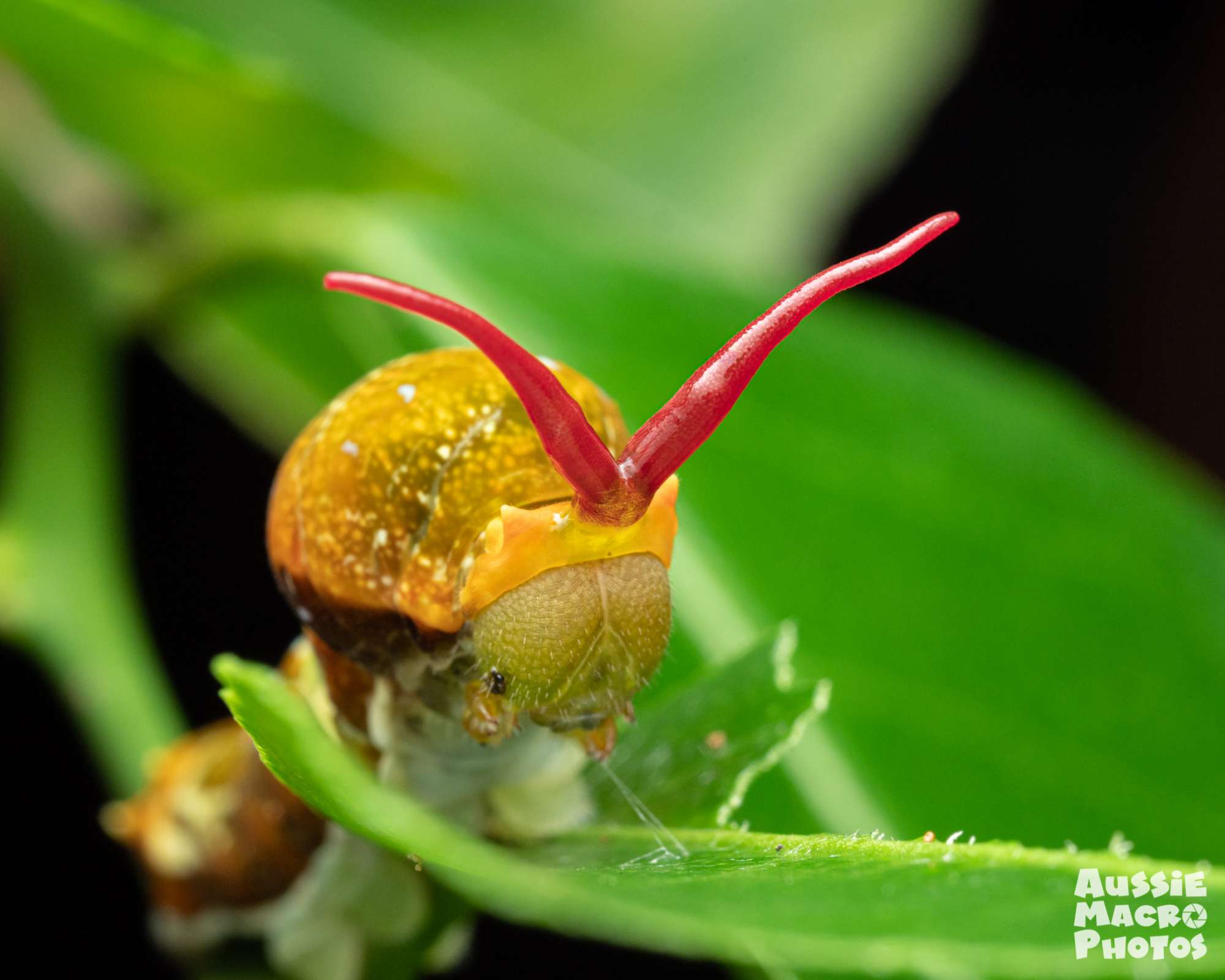 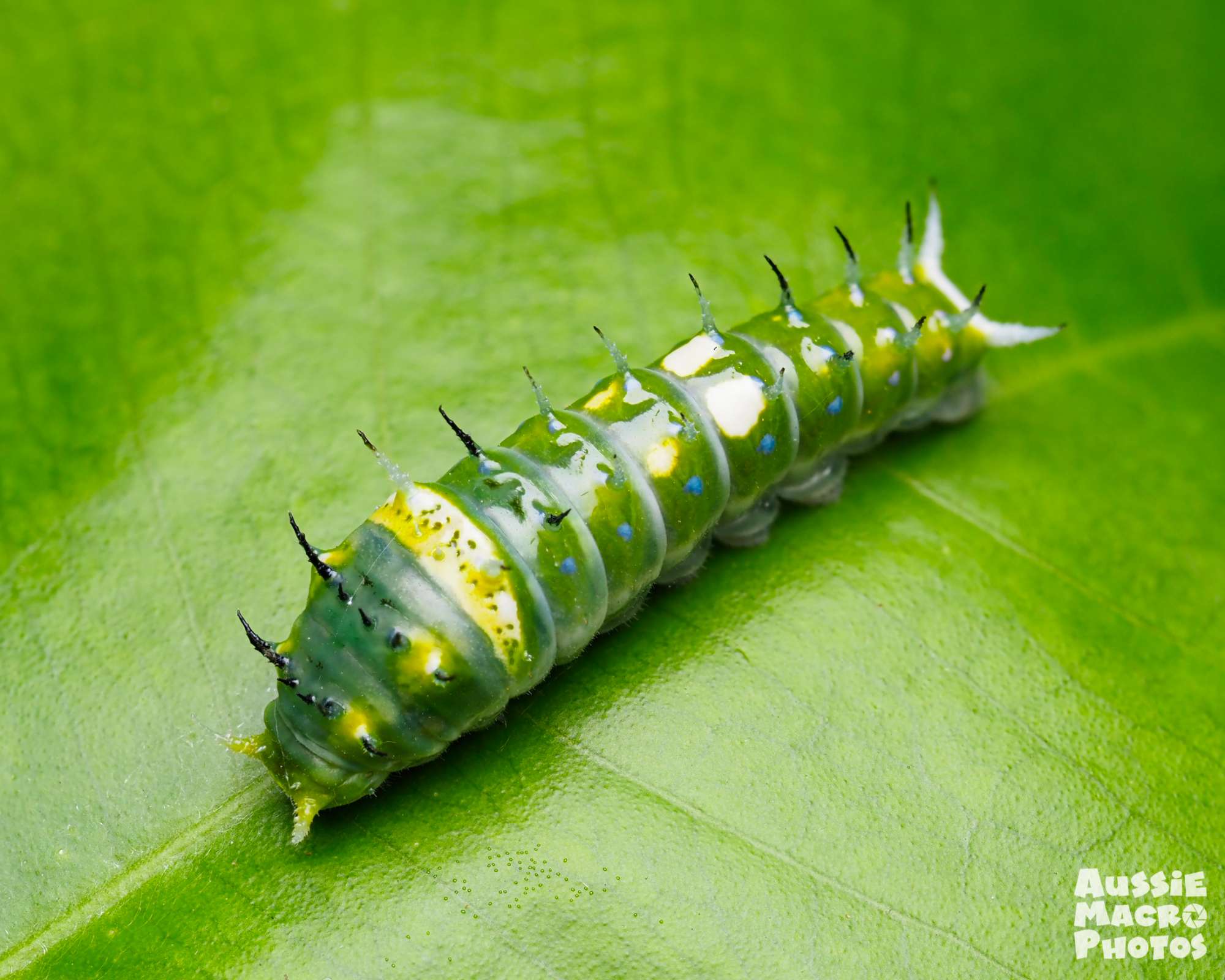 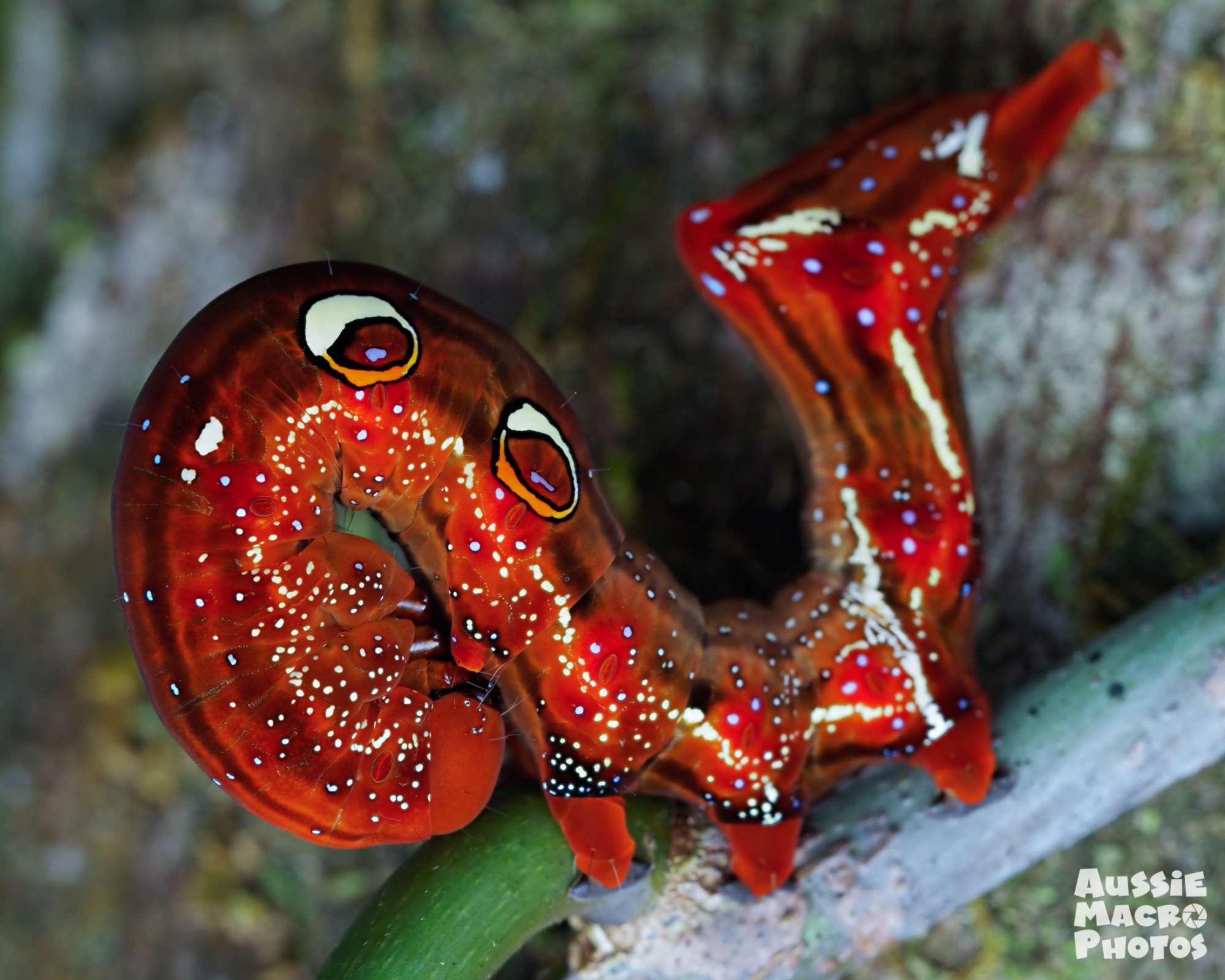 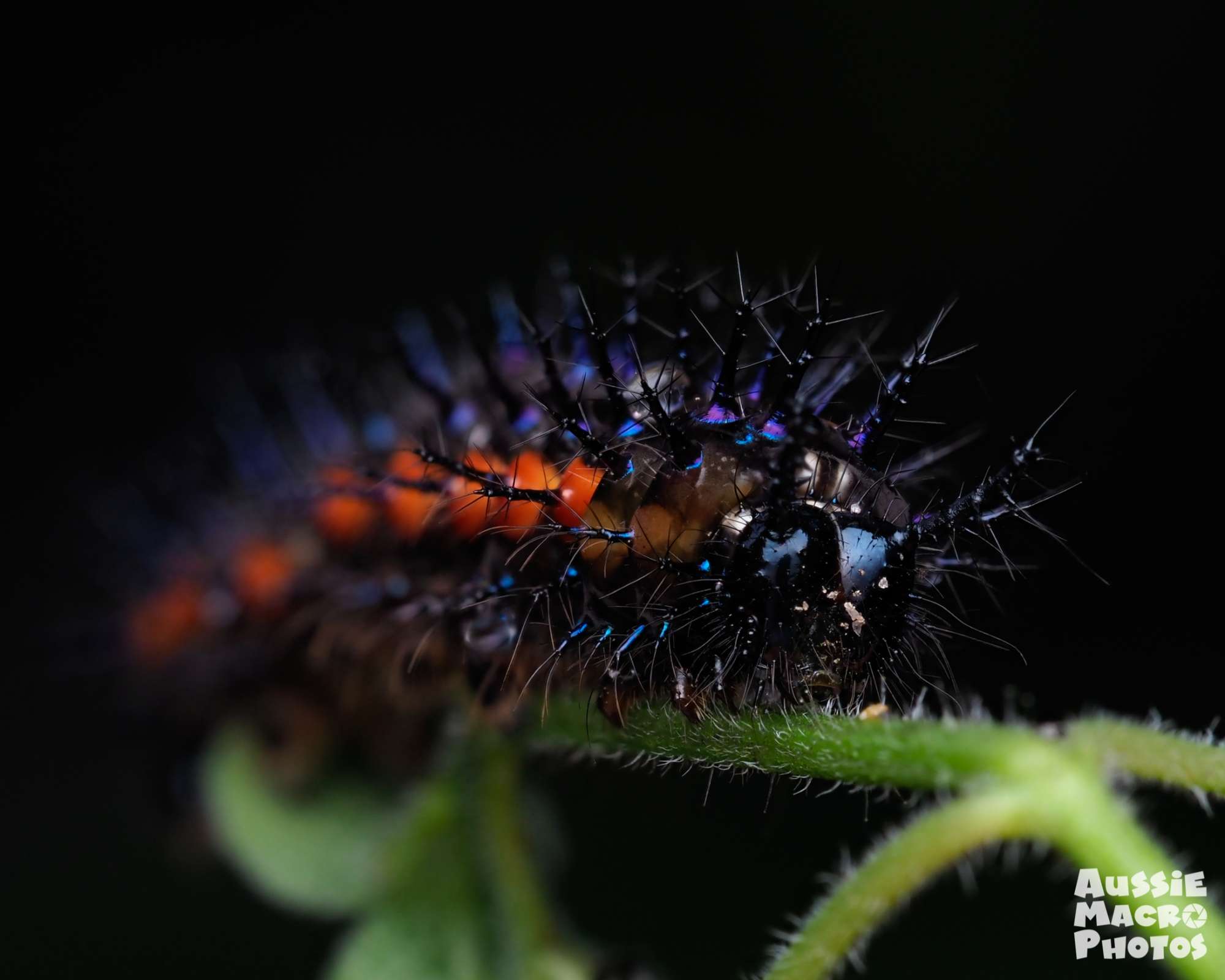 The driest of wet-seasons continues and it’s been pretty scarce out there in fungi land.   The season has been disrupted by a delayed start in the rains, which most likely meant that a lot of the mycelium underground was severely damaged or killed off.   The fruiting bodies (mushrooms) therefore are few and far between and many species that we are used to seeing in large numbers like Phallus multicolour and indusiatus are almost non-existent!  We really do need some good heavy rains over the next few weeks if we are going to see any more mushrooms this season.   Last year, we had a very wet April, so perhaps that may happen again this year.

I have been seeing some of the usual mushrooms in the Cairns Botanic gardens as well as in some of my regular stomping grounds nearby. 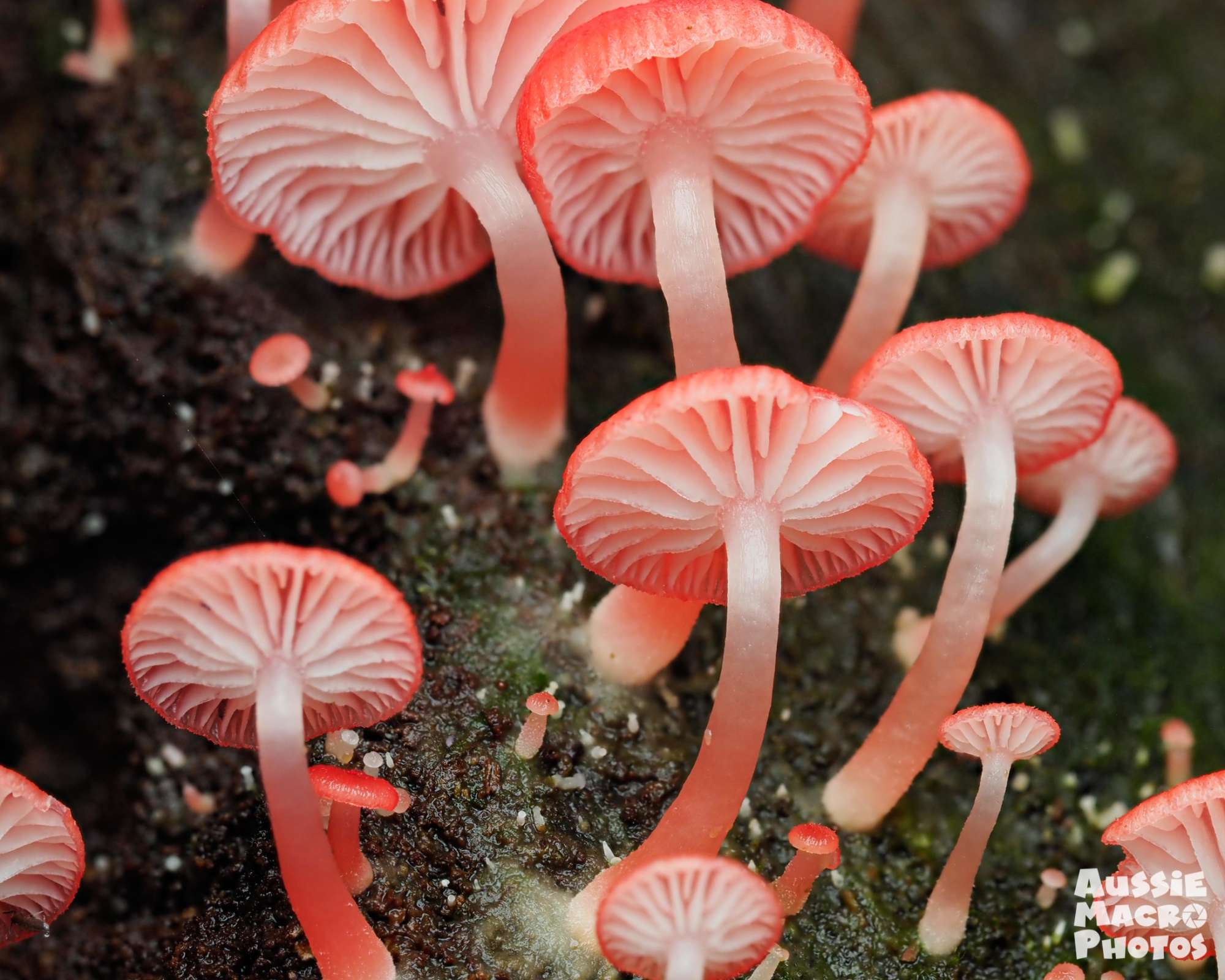 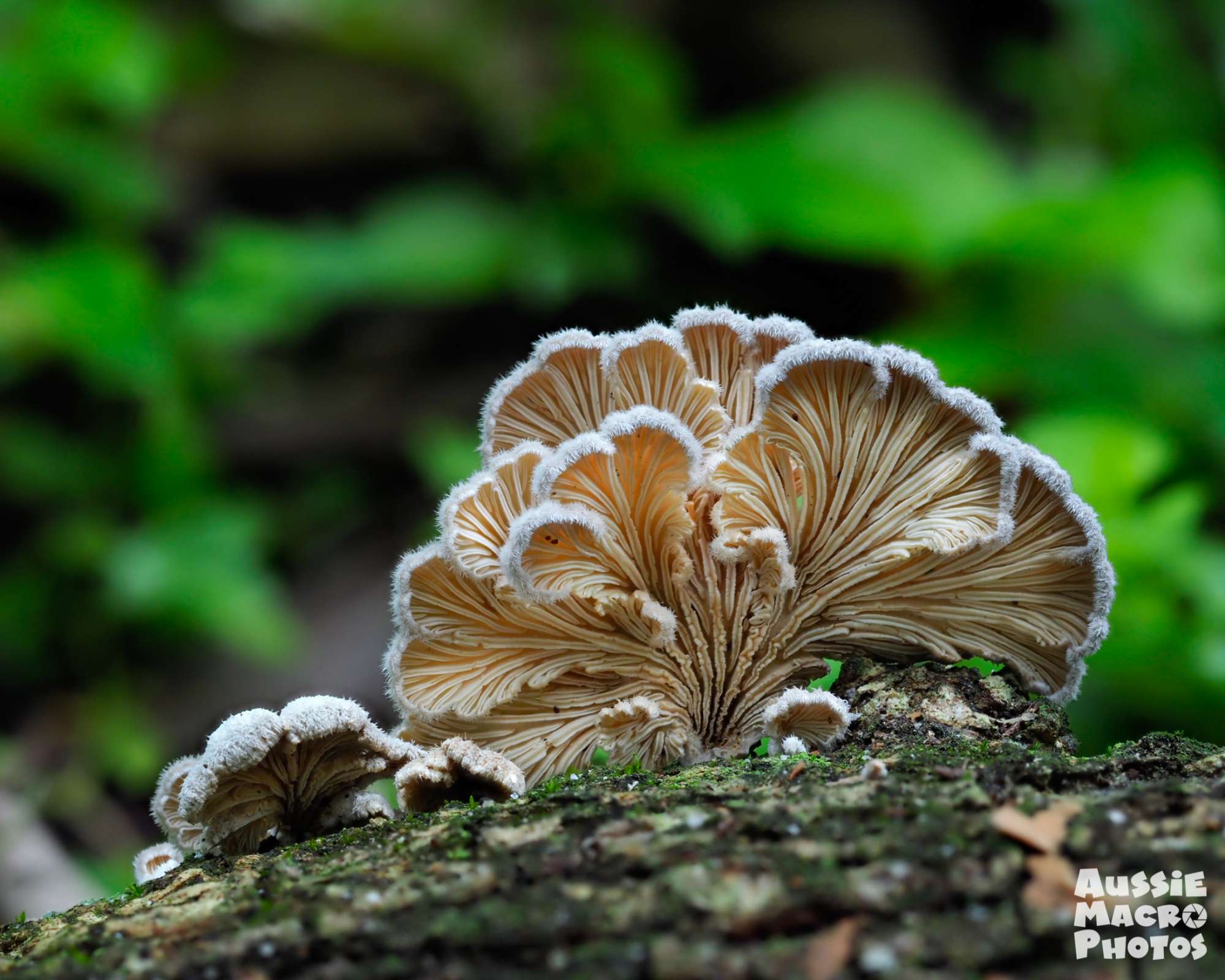 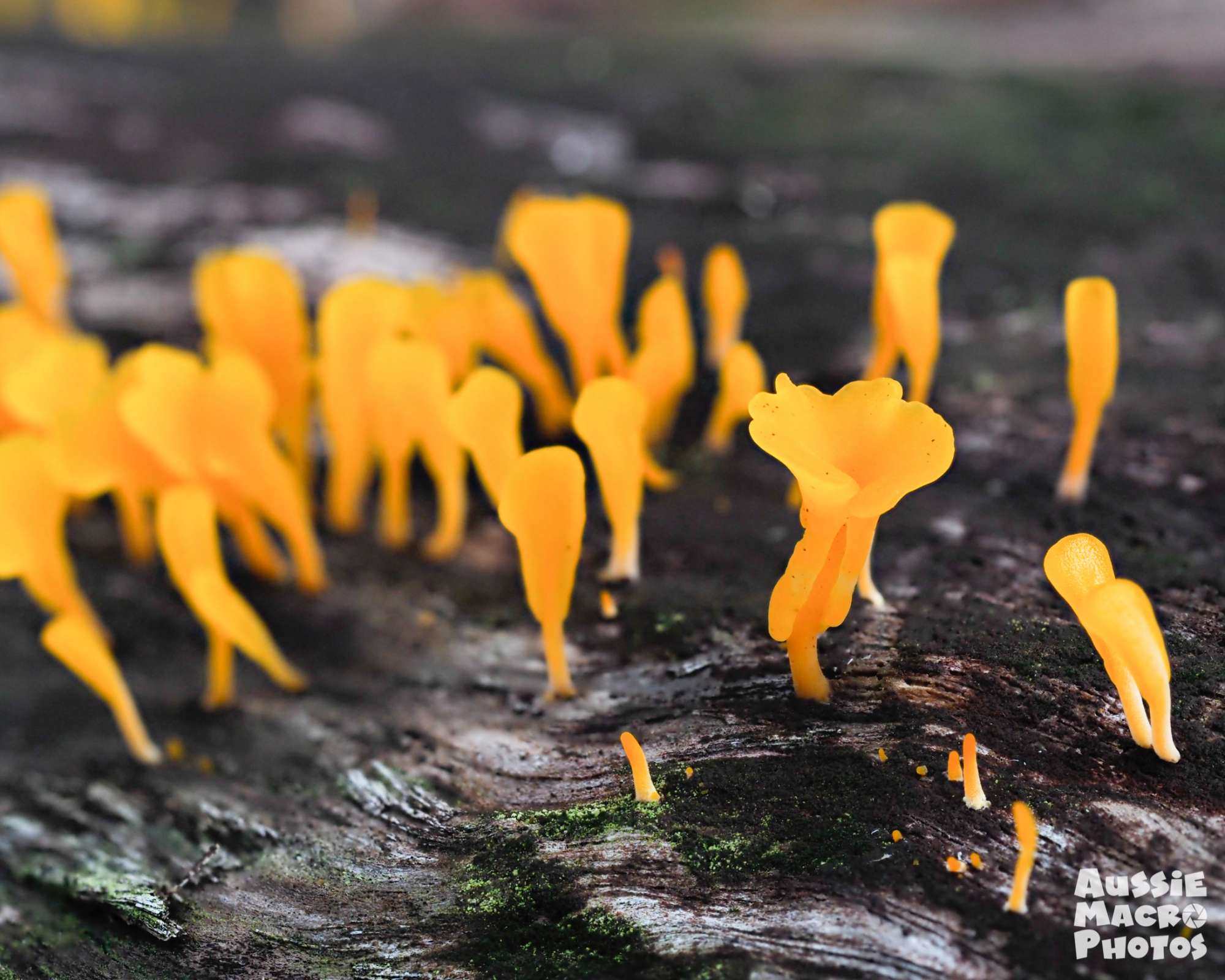 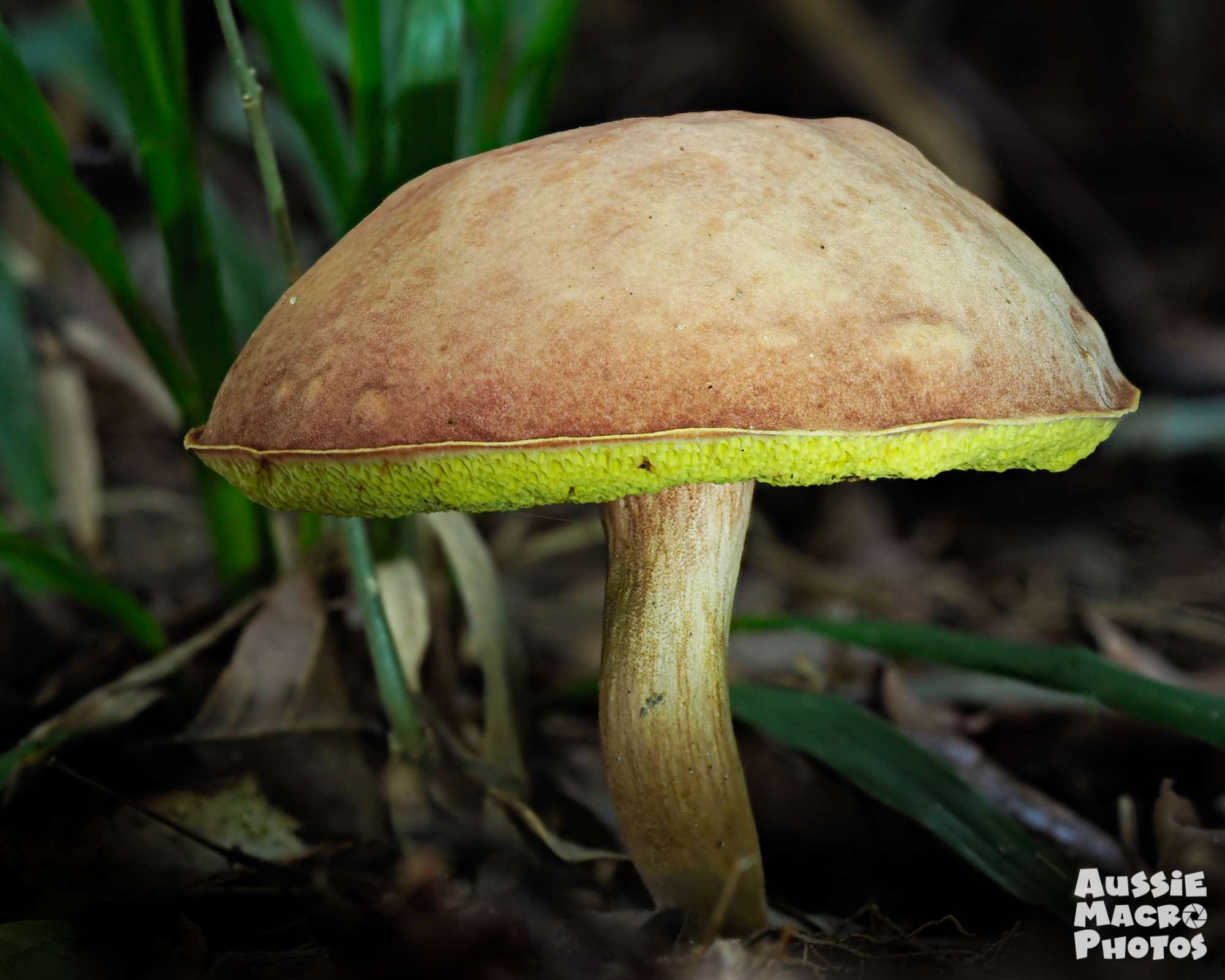 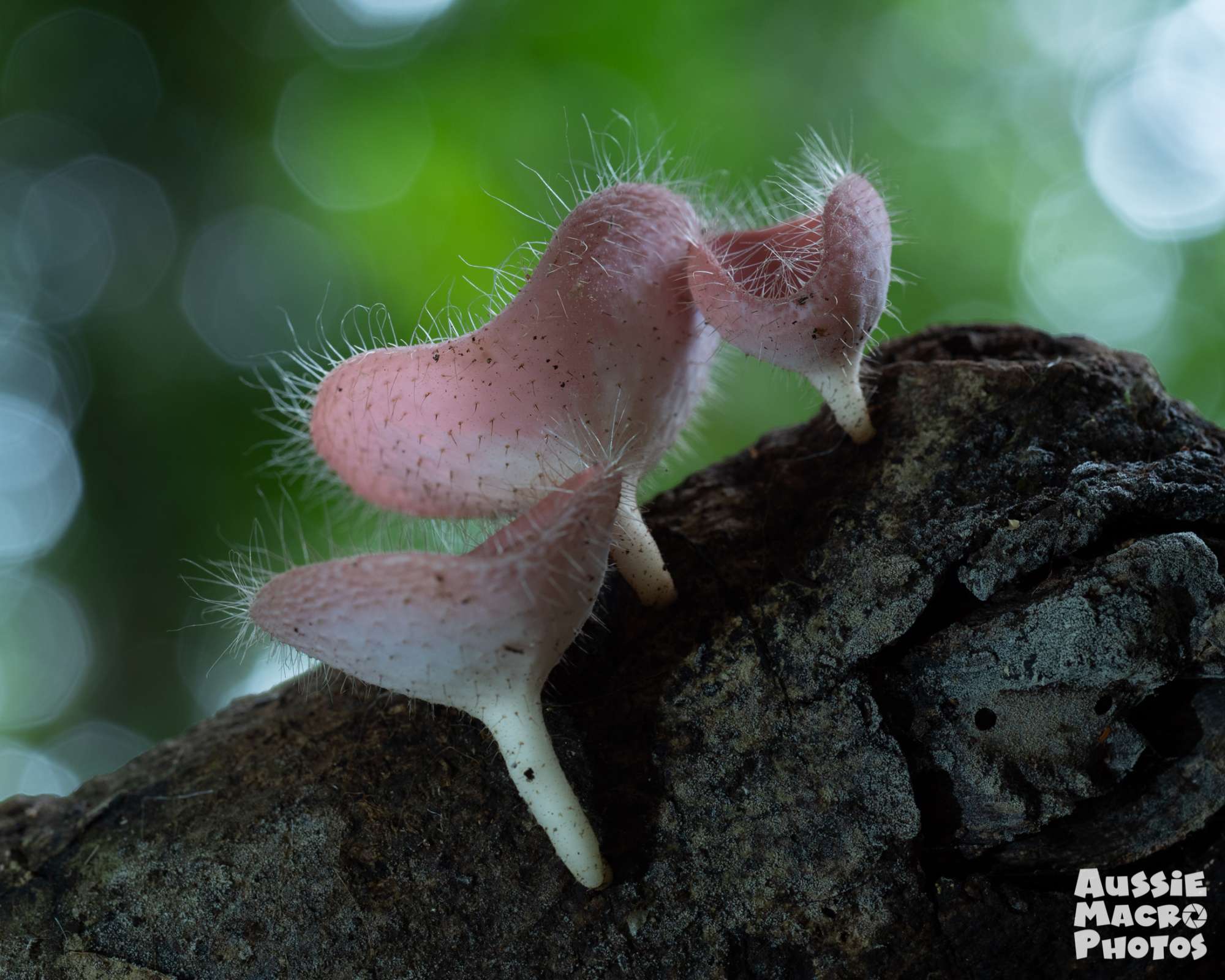 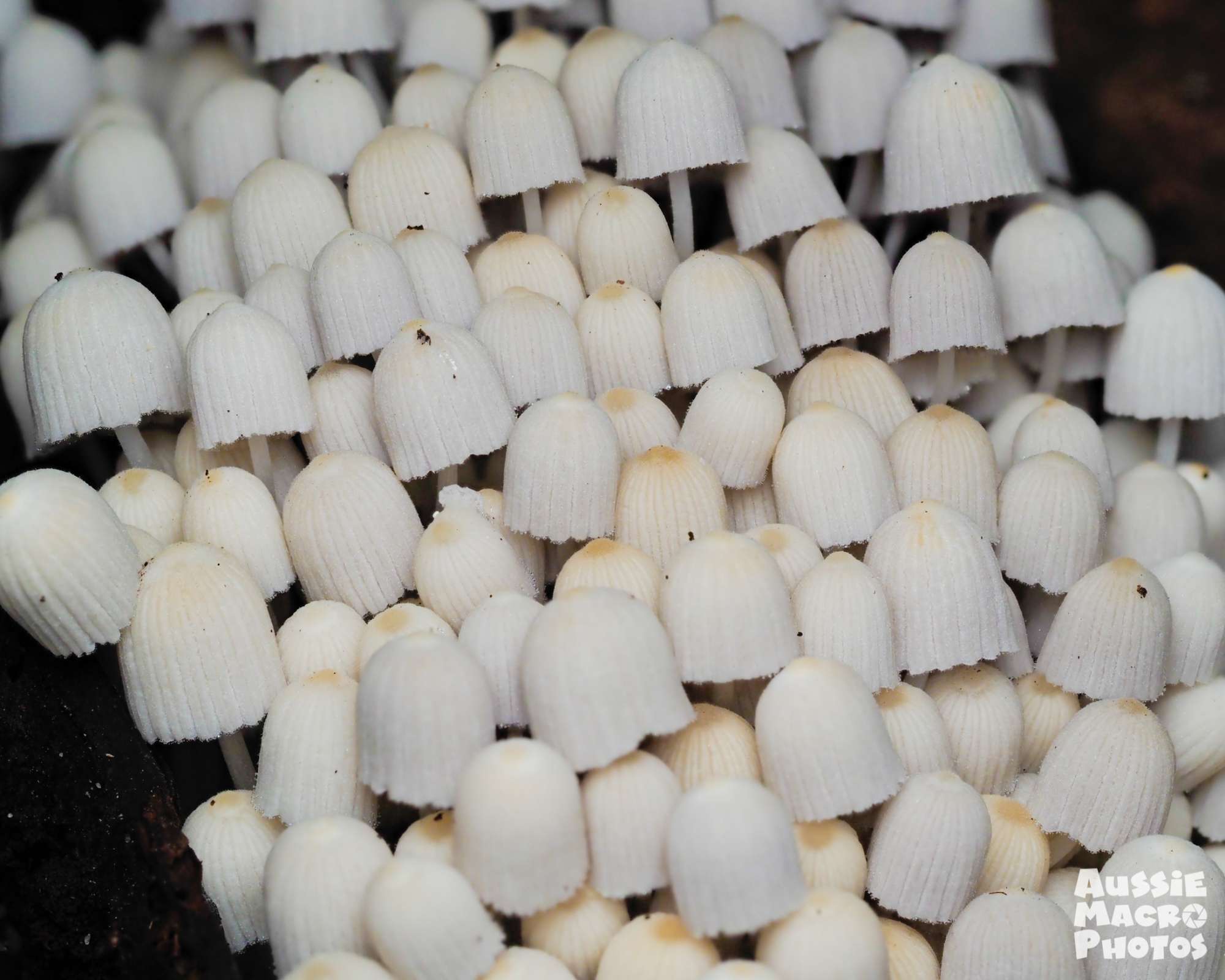 I hope you enjoyed this entry about Caterpillars in the Cairns Botanic Gardens.  If you are reading this and would like to book a Let’s Go Buggin Tour in February feel free to use the discount code ‘blog’ to get a 30% discount.  Follow this link.  I hope to see you out there in bugland.